The CEO of American clothing and lingerie brand Victoria’s Secret has resigned amid flagging sales and controversy around a lack of diversity at the line’s iconic annual fashion show.

A source familiar with the matter said CEO Jan Singer, who had been in the position since September 2016, would leave the company, but did not specify when.

The departure comes less than a week after the brand’s marketing director Ed Razek garnered anger for saying in a Vogue interview that Victoria’s Secret had thought about and decided against including transgender or plus-size models in their show, which this year was held in New York on Nov. 8.

“We attempted to do a television special for plus-sizes (in 2000). No one had any interest in it, still don’t,” Razek told the magazine.

The director cited pop star Rihanna’s Savage X Fenty line, which carries plus sizes, but said Victoria’s Secret didn’t want to include new models just to be “politically correct,” and that they are a “specialty business” which doesn’t market to everyone.

The comments sparked a surge of criticism on social media, to the point that Razek issued a public apology, saying that the brand wouldn’t object to hiring a transgender model.

Outside of that controversy, Singer’s departure as CEO comes at a difficult time for the lingerie company, which has suffered from a slow-down in recent years. Sales fell eight percent in 2017.

In the first half of 2018, L Brand, its parent company, was able to stabilize Victoria’s Secret, particularly thanks to the opening of several stores in China and to the growth of online sales.

Critics say the its issues come because the brand and its models haven’t been able to adapt to the market’s new demands. 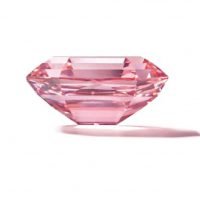 Who bought the $50 million "Pink Legacy" diamond?
Next Article 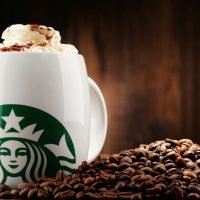