Victoria Beckham is a label in flux. It has a new partner and a new plan but no CEO.

The luxury label, founded by pop star-turned-fashion entrepreneur Victoria Beckham, announced the departure of chief executive Paolo Riva after less than one year in his role. The company cited “personal reasons” for the exit. Going forward, Ralph Toledano, who was appointed chairman in March 2018, will lead the business.

“It has been a real pleasure working with Paolo, and on behalf of the board, I would like to thank him for his contribution,” said Toledano, who is also president of the Fédération de la haute couture et de la Mode and was previously president of Puig’s fashion division, in a statement.

“I look forward to continuing to drive and implement the strategy for the brand with Victoria and the team,” he continued.

Since its inception in 2008, the Victoria Beckham label has grown from a fledgling passion project to a business with £42.5 million in annual sales and private equity backing.

But despite Beckham’s celebrity profile and positive feedback from critics, the company has not been profitable since it started over a decade ago and Toledano declined to comment on a timetable for profitability, as he focuses on both growth and cost cutting.

Beckham launched the brand with a small collection of polished dresses and a wholesale-reliant business model. Today, the brand includes her lower-priced Victoria by Victoria Beckham line, eyewear, handbags, a makeup range with Estée Lauder (and her own beauty range planned for September), a Reebok collaboration and a limited-edition budget-priced line with US retailer Target.

The label has two physical retail stores; one in London’s Mayfair and another in Hong Kong. In 2017, sales climbed 17 percent to £42.5 million but losses widened to £10.5 million.

“This is not a vanity project,” Beckham told the Financial Times in March this year, adding that the brand must become profitable.

In November 2017, Victoria Beckham raised £30 million ($40 million) from private equity firm Neo Investment Partners (where Toledano is now a partner) in exchange for a minority stake in the business. The terms of the transaction were undisclosed, but market sources say the deal valued the business at £100 million and gave the brand backing for a new growth plan.

Among the key elements of the plan were a greater focus on direct-to-consumer channels, Asia expansion and cost cutting to bring the business to break even. Riva joined in September 2018 after stints at DVF, Salvatore Ferragamo, Valentino and Tory Burch and, earlier this year, industry veteran Toledano joined as chairman.

“We are optimising, cutting costs — but we are not afraid to spend money. Asia will come in due time,” Toledano told BoF.

Scaling the label’s direct-to-consumer business is also a work-in-progress. “That entails supply chain, distribution, logistics, digital communications… we are working on every single direction,” he added.

“We are not in a hurry. We are building the best possible platform for the next 10 years. We are working on the values of the company, the identity of the product, how you communicate. It is a totally new chapter,” Toledano continued.

The brand has sometimes struggled to bridge the gap between Ms Beckham’s celebrity fanbase and the aesthetic and luxury-level pricing of her collections. But recent seasons have been met with critical acclaim and delivered sales growth.

“I am extremely pleased with the progress of the company in the last 18 months. The figures are very, very satisfactory. Sales of pre-collections have grown by high doubled digits,” Toledano said.

Indeed, Net-a-Porter, a key wholesale client, increased its buy of Victoria Beckham by about half for Autumn/Winter 2019, according to Elizabeth von der Goltz, global buying director at Net-a-Porter.

Still, the label operates in a crowded and competitive space. “The problem here, I think is her market positioning and the fact that she does not particularly stand out in all honesty,” said Sara Maggioni, head of womenswear at trend forecaster WGSN. 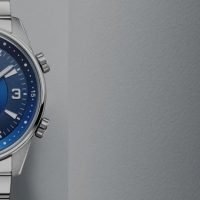 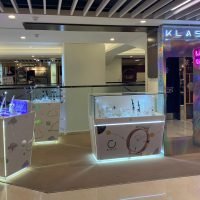