U.S. fashion brand True Religion announced the appointment of Farla Efros to the role of interim chief executive officer, marking its second interim CEO in just over half a year.

Currently a retail consultant to the Los Angeles-based company, Efros succeeds Chelsea Grayson, who is resigning from her role as interim CEO to pursue other opportunities.

“On behalf of True Religion, I thank Chelsea Grayson for her vision and significant contributions and wish her the very best as she moves on to new endeavours,” said True Religion’s chairman, Gene Davis.

“At the same time, we are pleased to have Farla stepping in as Interim CEO to enhance our strong team. Her proven operational and financial expertise are valuable assets and advantages that complement our iconic brand,” he continued.

She has over 20 years of experience working with retailers and CPG companies, including almost ten years at HRC Retail Advisory and its predecessor firms. She will continue in her capacity as president at HRC Retail Advisory, while serving as True Religion’s Interim Chief Executive Officer.

“I am honored to assume this new role,” said Efros.

“I look forward to working closely with the Board and the rest of the management team as we continue to drive performance and enhance True Religion’s brand and value,” she continued.

The appointment comes as the streetwear and denim brand continues its search for a permanent CEO, after its former chief executive John Ermatinger exited the company in November 2018.

Founded in 2002, True Religion said it has experienced positive comps and trends this year in direct-to-consumer and e- commerce sales. It has reported continued growth in international markets, including the UK, Middle East, Eastern Europe, and Asia. 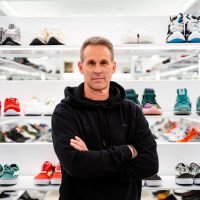 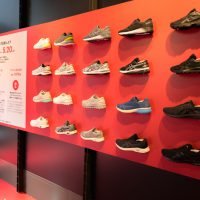