Tina Tam of Shang Xia: “We have a beautiful brand to grow”

Hermès-controlled Shang Xia believes there is strong potential to expand in travel retail, a channel the Chinese brand sees as key to delivering its international ambitions.

The brand (its name means ‘up-down’ or more precisely ‘as above, so below’ in Mandarin) was founded in 2009 between the French luxury group and renowned Chinese designer Jiang Qiong Er.

Its mission was to create a 21st century lifestyle founded on the finest of Chinese design traditions, in the process celebrating and reviving the country’s centuries-old tradition of craftsmanship.

Its range includes furniture; homeware; decorative objects; jewellery and other accessories; and fashion for men and women, highlighted by an annual series of limited-edition ‘cultural objects’.

In April this year the company appointed the much-respected Tina Tam as Vice President for Travel Retail & Wholesale in Asia Pacific, charging her with developing the brand in what have been identified as key growth channels.

“My job is to develop Shang Xia outside China, both in travel retail and domestically,” says Tam. “In travel retail we’re already working on a project with Beijing Airport Terminal Two for a standalone store of around 95sq m.”

T2, the domestic terminal, is being expanded and it is planned that the new store will open in the first quarter of 2017. It will offer a selected range of men’s and women’s accessories, mainly the latter, focused on gifting.

“We introduced the brand to travel retail at the TFWA World Exhibition in May,” says Ms Tam. “We have great potential and it is a very beautiful brand but we still need to create more awareness.” That awareness is being helped by listings onboard Cathay Pacific and Dragon Air for its 100×100 cm scarf, priced at HK$2,200/US$285.

Already the brand enjoys considerable popularity among wealthier Chinese travellers, particularly those from Beijing, Guangzhou and Chengdu, who appreciate the product and design quality as well as its emphasis on Chinese tradition.

“So many people have forgotten what China can do,” she says.  “Instead of just looking for luxury brands outside of China, we want them to also look inside.”

The house recently secured a breakthrough agreement with upscale Hong Kong retailer Lane Crawford, which will offer Shang Xia’s homeware and accessories range from January 2017. How upbeat is the company about further international growth?

“We are very confident,” replies Ms Tam emphatically. “We’re just at the very beginning.  We have a beautiful brand to grow. We just need to get more awareness.” 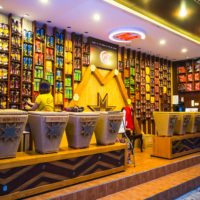 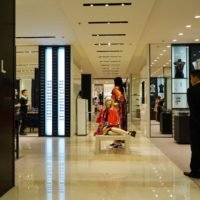