The RealReal appoints two new Board of Directors

The RealReal, the world’s largest online marketplace for authenticated, consigned luxury goods, announced Caretha Coleman, Principal of Coleman Consulting, and Carol Melton, CEO and Founder of Adeft Capital, have joined its Board of Directors, effective immediately. These appointments make The RealReal’s board 50 percent female.

“Caretha and Carol’s leadership experience, depth of perspective and diverse backgrounds undoubtedly strengthen our team. Diversity on our board, and any board for that matter, is essential for innovation, operational excellence and culture inclusivity, and these women will be integral in those continued efforts,” said Julie Wainwright, CEO of The RealReal.

“I have tremendous respect for Julie Wainwright and what she has created at The RealReal. I look forward to building on the strong foundation and making a positive impact on the future direction of the organization,” said Caretha Coleman.

Carol Melton commented, “I am excited to join the board of a company truly at the center of retail innovation and sustainability, and be a part of its force as The RealReal continues to scale and evolve.”

Coleman brings over 40 years of experience in the technology industry working with companies of all sizes – from early stage ventures to public companies – in organizational strategy development and executive coaching and effectiveness. Among her accomplishments is Software Publishing Corporation, where she played an integral role, as Chief Human Resources Officer, in pioneering one of the earliest successful desktop computer software businesses. As one of Silicon Valley’s first female technology executives of color, Caretha has spent decades advocating for women and minorities in business and cultivating diverse communities outside of the workplace. She sits on many boards supporting underserved populations, including The Leverage Network, which promotes the advancement of African Americans in leadership positions within the healthcare industry. Coleman also serves as Chairman of Dignity Community Care, which is now part of the merged CommonSpirit Health, and board member of Virdris Learning.

Melton has extensive experience in global public policy having held leadership roles at two international media and entertainment companies. Most recently, Melton served as Executive Vice President for Global Public Policy at Time Warner where her leadership was instrumental in its 2018 merger with AT&T. Before that, Melton was Executive Vice President of Global Government Relations at Viacom where she helped its 1999 acquisition of CBS Corp. Melton currently serves on the board of JBG Smith, the Economic Club of Washington, DC and Halcyon, and is also a member of the Council on Foreign Relations. 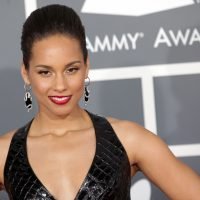 e.l.f. Beauty and Alicia Keys to launch a lifestyle beauty brand
Next Article