The Kooples announced the appointment of Tom Van Dorpe as the brand’s new Artistic Director.

Belgian-born Tom Van Dorpe will be responsible for setting a new global creative vision for The Kooples’ women’s, men’s, and accessory collections. He will work towards updating the brand’s rebellious yet sophisticated signature style, creating a visual language that resonates, and strengthening The Kooples’ positioning as the most distinctive contemporary Maison.

Tom Van Dorpe is known for his rare combination of image-making and brand-building skills, honed throughout his career as a leading stylist and creative consultant for some of the biggest names in fashion, culture and music such as Fenty, Calvin Klein, Hugo Boss and Max Mara Group.

“We are very happy to welcome Tom. His global vision, his creativity and his sense of sophisticated elegance will be great assets to reinforce the unique imagery of our brand. His appointment at The Kooples confirms the MF Brands Group’s great ambitions for our Maison,” said Romain Guinier, Chief Executive Officer of The Kooples.

“I am thrilled to join The Kooples’ family. I have always considered it one of the most vibrant original contemporary fashion brands. Its distinctive rule-breaking DNA is more relevant than ever today. I am looking forward to exploring new expressions of its trademark style and creating the brand icons of tomorrow. Today, the new rebellion is breaking free of stereotypes, a modern approach,” said Tom Van Dorpe.

Just two months ago The Kooples was on track with its ambitious growth plans, targeting major expansion under a new management team.

The company, which rose to prominence over the last decade as part of a wave of French contemporary brands, was acquired by Swiss investor MF Brands Group for an undisclosed sum early last year. The group, which owns a stable of brands including Lacoste and Gant, brought in a new executive team, most recently appointing Belgian stylist and creative consultant Tom Van Dorpe as artistic director. Their task was to reinvigorate a brand that had “lost its focus” in recent years.

But the coronavirus pandemic has thrown a wrench in the company’s plans to roughly double its footprint by 2025.

“It will take a long time to get back to normal,” said Chief Executive Romain Guinier, projecting that the financial fallout from Covid-19 will set the company’s strategy back by a year.

Like the rest of France, The Kooples is only just returning to work after eight weeks under lockdown. For now, just a handful of employees are in the office, wearing face masks and practising social distancing measures.

It has been a painful two months. Nearly 80 percent of the company’s sales take place in its 340 stores, and until recently only a handful of shops in Asia remained open. Online performance — which already accounted for around 15 percent of global turnover — has picked up, with sales growing around 60 percent in April, but that has not been enough to offset the lost revenue from physical retail.

Stores across Europe are beginning to reopen, but with limited capacity and reduced footfall. The Kooples generated turnover of €220 million in 2019, but it’s projecting a 20 percent decline in business this year because of the turmoil over the last few months.

The company is better placed than independent players though thanks to the backing of MF Brands Group. The fact that the majority of its sales are through direct channels also leaves it less exposed than some competitors to the wholesale market, and associated risk of cancelled orders and extreme discounts out of the control of the brand. The current crisis is a setback, but not existential. And the executive team remains focused on growing the brand.

The core of the strategy is “to give the brand new momentum by refocusing on its original DNA,” said Guinier, who joined the company last May from MF Brands Group stablemate Aigle.

The Kooples was founded in 2008 and developed a loyal following for its edgy, slightly rock-and-roll style and marketing campaigns focused on uber-cool real-life couples. But the label had suffered from over-extension and an attempt to push into areas like streetwear that sat uncomfortably with its core image.

“If we look back three or four years ago, the brand started to open too many shops… the collection got huge. It lost maybe some originality,” Guinier said.

New artistic director Van Dorpe’s task is to return the brand to its core of what the brand calls “rock-and-roll elegance” in a way that feels relevant today.

“We are quite clear where we want to go. We want to break the stereotypes… We all know the market is oversaturated and there’s way too much product floating around,” said Van Dorpe, who has previously consulted for companies including Hugo Boss, Max Mara and Maison Kitsuné.

That translates into a much tighter collection, a return to marketing focused on aspirational couples and renewed emphasis on storytelling and community building.
It is a strategy that has come together under extraordinary circumstances, with Van Dorpe joining just ahead of lockdown in France. The new collection has been designed over Zoom calls with samples shipped between peoples’ houses.

Beyond the clothes, the brand is doubling down on efforts to build out its online presence in the wake of the pandemic. It has plans to rationalise its retail footprint in France to focus on fewer, bigger stores, while expanding into key European markets and relaunching in the US. In Asia, it is focusing on growing distribution networks and the company has plans to open new flagship stores in Istanbul and Moscow this year, “despite the difficult context.”

“This year is some kind of step aside in the long-term strategy we have defined. It is about finding the right path between now and 2025 to make it happen,” Guinier said. 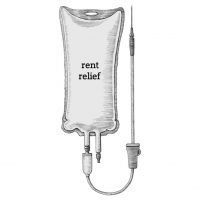 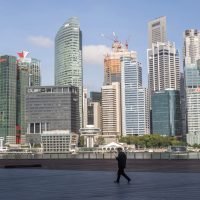 Safe Re-opening: How Singapore will resume activities after the circuit breaker