The New York-based Tapestry said Liz Fraser has been named CEO and brand president of Kate Spade. Effective 1st March, Fraser takes over the role Tapestry chief executive officer, Joanne Crevoiserat, who has been in the role temporarily since December 2019.

Fraser will be responsible for all aspects of Kate Spade globally and will work alongside the brand’s creative director, Nicola Glass. Prior to Tapestry, Fraser served as president of New York fashion brand Lafayette 148, where she was responsible for global sales and marketing, as well as design and merchandising, for apparel and accessories. She joined Lafayette 148 in 2018, from Anne Klein, where she was chief executive officer. Before this, she worked as president of Marc by Marc Jacobs.

Tapestry further announced that Giorgio Sarné, currently president, Tapestry Asiaand president and CEO of Coach Asia (Japan, Korea, Southeast Asia, Australia and New Zealand), has been promoted to CEO and brand president of Stuart Weitzman. Effective 1st March, Sarné succeeds Eraldo Poletto. In the role, Sarné will be responsible for all aspects of Stuart Weitzman globally, partnering closely with the brand’s head of product design, Edmundo Castillo. Joining Tapestry in November 2013, Sarné has held senior roles at the company both in North America and Asia.

The company also announced that Yann Bozec, currently president, Tapestry China and president &amp; CEO of Coach China will be promoted to president, Tapestry Asia Pacific, while continuing as president &amp; CEO of Coach China. More recently, he has overseen the integration of both Kate Spade’s and Stuart Weitzman’s China operations onto the Tapestry platform, said the company in a press release.

“We thank Eraldo for the dedication he brought to Stuart Weitzman and Tapestry and wish him every success in the future. We are delighted with the appointments of Liz, Giorgio and Yann, all three talented leaders who have best-in-class knowledge that is directly aligned to our long-term strategic plan,” said Jide Zeitlin, CEO of Tapestry. 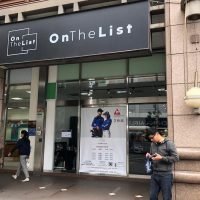 Bluebell Group announces partnership with OnTheList in Taiwan
Next Article 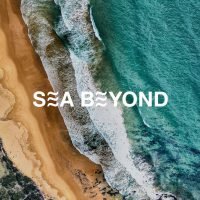