South Korea’s Lee family is the wealthiest in Asia, according to Forbes’ latest ranking. Indians, however, dominated the list.

The Lee family, which controls conglomerate Samsung Group, topped the list for the second straight year, with a combined wealth of $29.6 billion, up 11% from 2015, according to Forbes’ ranking of Asia’s 50 richest families, the business magazine publisher said Thursday.

Contract drugmaker Samsung BioLogics’s listing in Seoul on Thursday is expected to boost the family’s assets, but its Samsung Electronics unit is undertaking a costly global recall and overhaul of its Galaxy 7 brand, following reports of exploding batteries in the mobile devices.

Brothers Chia Ek Chor and Choncharoen Chiaravanont founded the company 1921 as a seller of Chinese seeds to Thai farmers. Chia Ek Chor’s son Dhanin leads a diversified company with interests that stretch from retailer CP All, which runs the 7-Eleven convenience store chain in the kingdom, to telecommunication carrier True Corp.

India’s Ambani family, whose wealth is estimated at $25.8 billion, placed third. Dhirubhai Ambani founded the Reliance Group, which began as spice and yarn trader before turning it into one of India’s biggest private companies. After his death in 2002, his sons Mukesh and Anil parted ways. They are now competitors in India’s telecommunication sector. The group’s key company, Reliance Industries, is run by Mukesh.

One-third of the families that made the top 50 are Indian, and three of the four newcomers are from India. India’s family-owned businesses are some of the most enduring in Asia, operating in a market of over 1 billion people and one of the world’s fastest growing major economies under the pro-business prime minister, Narendra Modi.

In Hong Kong, the Kwok family is the richest, with an estimated wealth of $25.2 billion. The family, which owns Sun Hung Kai Properties, is in real estate, hotels, telecommunications and information technology.

Top in Indonesia is the Hartono family, which placed sixth in the overall ranking, with an estimated wealth of $18.6 billion. The family owns the Drajum tobacco brand.

The Kwek family, which has interests in financial services and manufacturing under the Hong Leong group, is the richest in Singapore and Malaysia. Its $18.5 billion in wealth is the seventh largest hoard in Asia. 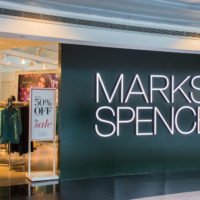 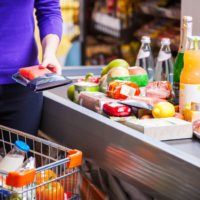