He will join hands with Shanghai Tang’s Creative Director Victoria Tang-Owen to create a range of contemporary and cutting-edge footwear design inspired by Chinese cultural heritage and aesthetics as well as the brand’s deep rotted “Created by Chinese” ethos.

“I am honoured to be the Chief Shoe Designer of Shanghai Tang. I believe contemporary Chinese culture is the soul of the brand. I hope to combine and highlight this unique brand aesthetic with designs created for a modern lifestyle in forthcoming collection,” says Bing Xu.

Being a sought-after Chinese designer in recent years, Bing Xu graduated from the Fashion Institute of Technology, New York in 2011 and Polimoda in Florence. He founded his luxury footwear label Bing Xu in 2013 and started to present his collection independently in Milan in 2017. The brand is frequently featured in fashion and lifestyle magazines including GQ, Vogue, Harper’s Bazaar and Xu actively works as Style Contributor to New York Times’ T Magazine and Wallpaper magazine in China.

His work has been showcased by GQ for two seasons running at London Fashion Week. Bing Xu is the first Chinese designer to launch an exclusive footwear collection with 10 Corso Como and Lane Crawford, becoming the most popular footwear brand in the department store since 2014.

The brand was invited by luxury conglomerate LVMH to enter T Fonfaco store in Venice in September 2016.

Bing Xu specializes in luxurious whimsical footwear with velvet and embroidery as his iconic design style. The refined materials and meticulous details incorporated into his designs continued to offer a sense of novelty to customers. The exclusive “Bing Xu for Shanghai Tang Collection” launched in early September 2019 was a great hit and quickly become the brand’s best-selling items. 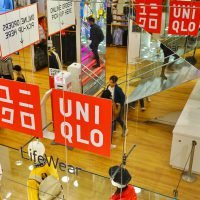 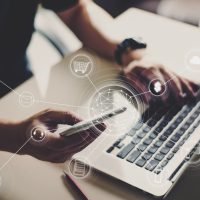