The incoming head of Japan’s Seven & i said he is keen for his predecessor Toshifumi Suzuki, who resigned last month after a power struggle, to become an adviser to the US$90 billion retail conglomerate – an olive branch that could help mend a divided board.

The gesture by Ryuichi Isaka, who is backed by U.S. activist investor Daniel Loeb, comes after Suzuki failed to oust Isaka in April in what was seen as a rare victory for corporate governance in Japan as the board refused to rubber-stamp the CEO’s decision.

It underscores the delicate balancing act Isaka, 58, must undertake as he seeks to push through a planned restructuring and win over the company’s board members, many of whom still revere Suzuki, a legendary figure in Japan’s retail industry.

It is not known if Suzuki, 83, is willing to be appointed as a Seven & i adviser. He could not be reached for comment.

Suzuki quit in a surprise move after narrowly failing to garner enough board votes to remove Isaka as the head of Seven & i’s profitable convenience store unit Seven-Eleven Japan.

Isaka, a veteran executive at Seven-Eleven Japan, has been credited with driving the convenience store chain’s growth but Suzuki contended that Isaka had not lived up to expectations.

The parent company then named Isaka as president to succeed Suzuki. New management will take over after the shareholders’ meeting. 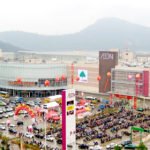 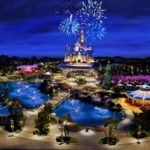