Revlon announced that CEO Fabian Garcia is leaving to “pursue other opportunities” as the company grapples with projections of a steep loss.

A Revlon board member, Paul Meister, will become executive vice chairman of the board and run the cosmetic company’s day-to-day operations, the company said. Garcia will not depart until the end of February in order to ensure a smooth hand-off.

Like many traditional retail companies and brands, Revlon has been facing headwinds from more nimble competitors like Sephora and Ulta, which are known for their engaging in-store experiences, as well as the success of online giant Amazon and other beauty sites.

Revlon’s preliminary report on its performance in the quarter that ended 31 December 2017 shows steep losses for that three-month period. It estimated that its quarterly loss would fall between roughly $60 million and $80 million, as compared to a $36.5 million loss during that same period the previous year.

It also projects an overall net loss for 2017 of roughly $165 million to $185 million, a significant uptick from 2016. The company attributes at least part of the full-year loss to a one-time charge taken in the wake of the recently passed federal tax legislation.

The make up giant announced in June 2016 that it was buying rival Elizabeth Arden for $419.3 million, a move that could bolster its portfolio with Arden’s core skin-care line, celebrity fragrances from stars like Taylor Swift, and brands such as Giorgio Beverly Hills.

In a statement, billionaire Ron Perelman, who controls the company through his investment firm, MacAndrews & Forbes and is chairman of Revlon’s board, acknowledged challenges, but added that he believes it is on the right track.
“This has been a difficult year for us balancing the successful integration of Elizabeth Arden with the rise of e-commerce and specialty beauty stores,’’ Perelman said. “The company has gained momentum and is now poised for future growth.’’

Besides the losses, Garcia may have had his issues in dealing with the famously demanding Perelman, said one observer.

“I cannot imagine how difficult it is being a CEO to work with Perelman,’’ said Mark Lipton, graduate professor of management at The New School. “There’s no footprints on Garcia saying that there were potential leadership or management issues with him in the past and here he is trying to do a significant transformation. ‘’

Revlon’s stock price was down 4.97% to $22 a share shortly after the market closed. 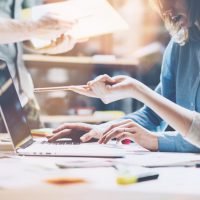 Retail in Asia partners with MarketingPulse
Next Article 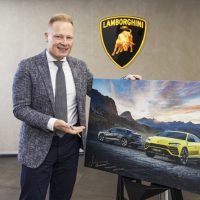