French fashion house Céline’s creative director, Phoebe Philo, is leaving her position after 10 years, the house confirmed to the Guardian this afternoon, confirming months of speculation.

In a statement released by the label, Philo said that working with Céline “has been an exceptional experience”. She added: “I am grateful to have worked with an incredibly talented and committed team and I would like to thank everyone along the way who has been part of the collaborations and conversations … it has been amazing.”

Philo is credited with turning around the fortunes of the brand, which was founded in 1945 and acquired by conglomerate LVMH – which also owns Louis Vuitton, Dior, Givenchy and Loewe – in 1996. Before her arrival in 2008, the house had seen several ready-to-wear designers come and go, including US designer Michael Kors, although none positioned the label as a global influencer and trendsetter as Philo did when she arrived.

Describing her designs as having a “back-to-reality” aesthetic, Céline became known for blending artistic expression with functionality, and, latterly, for redefining luxury fashion as minimal and stripped back, but always exquisitely executed.

Although a fiercely private character, Philo’s personal style also propelled specific items into the mainstream fashion zeitgeist – most recognisably the Adidas Stan Smith trainers that she often wore when she took a post-show bow. As such, she is credited with having had the most influence on our wardrobes (and those of fashion editors the world over) in the past decade.

Philo’s efforts tripled the brand’s profits and won her several prestigious awards, including British Designer of the Year at the British fashion awards in 2010 and the International Award at the CFDA fashion awards.

“What Phoebe has accomplished over the past 10 years represents a key chapter in the history of Céline,” said Bernard Arnault, chairman and CEO of LVMH, today. “We are very grateful to Phoebe for having contributed to the great momentum of this maison. A new era of development for Céline will now start and I am extremely confident in the future success of this iconic maison.”

Philo’s next moves are unknown at this stage, although rumours suggest she will be based in London full-time with her young family.

Her successor is also yet to be named. So far this year, Christopher Bailey of Burberry, Jonathan Saunders of Diane von Fürstenberg and Riccardo Tisci of Givenchy have all announced their departures from their brands and will naturally be mooted as replacements. Until a new creative director is chosen, the in-house design team will complete the interim collections. 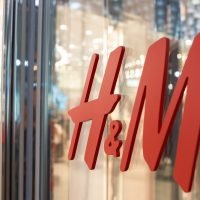 H&M to close stores and expand on Tmall
Next Article 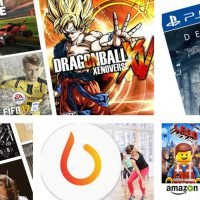