Internet has revolutionized people’s life, and as a consequence the way they choose what to consume, either as texts, products, experience.

Advertising agencies, which have seen the digital transformation disrupting all industries without any exception, have soon learnt how novelty is key in grabbing people’s attention; however, long-term planning needs much more than nice graphics and design, catchy tagline, good story behind it. To remain relevant, advertising campaigns need to be true.

Leo Burnett has been around since 1935, and is today one of the world’s largest agency networks with 96 offices in 85 countries and more than 8,500 employees worldwide.

Pete Lefebvre, Associate Creative Director at Leo Burnett, is joining MarketingPulse, a regional premium conference for marketers and brands to be held 21 March 2018 in Hong Kong. The conference aims to provide a platform to discuss for marketing and advertising experts to share best practices but also discuss current issues within the industry.

Retail in Asia has met Pete Lefebvre and asked him to provide us with some anticipations about his participation to MarketingPulse.

Pete explained to us how, despite the digital transformation, brands have always needed to create interesting, funny, relevant, engaging messages to grab people’s attention, and endear themselves to the audience while communicating a message in a meaningful way. Pete said: “Those have always been the pillars of advertising and they have not changed because of the Internet”.

“Modern times have just made it harder. There’s more content and messaging, more channels to compete with. And, like an OS update, people have developed a ruthless spam filter blocking message that are irrelevant, insincere, and, worst of all, boring. ‘Choice’ is an important word. It characterizes these modern times. With so many options, people have to choose to watch your message instead of others. And if you don’t give them a reason to choose you, you’re wasting your money,” continued.

The world is becoming phy-gital. But technology is the great equalizer, helping advertising agencies breakthrough. The internet is becoming just as emotive as it is intellectual so brands can put more punch behind their messaging, be more involving and impactful. By utilizing these tools in novel ways, brands can really stand out and get people to choose their message.

In terms of trends in creative innovation, that will be the main topic at MarketingPulse, Pete used a buzzword: “experiential”. From a broader sense, he explains there is a push for marketers to put their audience at the center of their efforts. Successful marketing has always been a value proposition. You have to reward people for their attention. This reward could be something funny in a TV commercial or printed ad. Now, innovation explodes that proposition, allowing brands to reward people for their attention in a million ways.

“Innovation” definitely sounds as another buzzword, and it has always been the driver of business success. Innovation makes its own opportunities, creates new products, pushes things forward. These are the things that drive success, overall.  “If you do not progress, if you do not keep moving you die,” Pete explained.

Innvation often goes together with technology, which is a tool brands have at their disposal to be faithful to their promises. Now, instead of just saying they are ‘web-savvy’ or ‘caring’ companies have the tools to demonstrate that, and back up those words with actions.

Technology enabled even the smallest marketers to reach a worldwide audience. So it is a great equalizer among business. “If you have a message that resonates, technology will spread it around the world, free of charge,” Pete confidently stated.

We also had the chance to ask Pete about Leo Burnett’s masterpiece: The ‘Van Gogh BnB’ for the Art Institute of Chicago campaign. It was a resounding success and won four Golds at the 2016 CLIO Awards and seven Golden Lions at the 63rd Cannes Lions International Festival of Creativity. We wanted to know Pete’s views on how to create new frontiers in experiential marketing and storytelling in order to engage with consumers on a deeper, emotional level.

Pete, in his answer, provided an overview of the process of creating experiential marketing.

1. Brands have to know deeply who they are.

“The Art Institute, for example, committed to being a world-class institution that was as much street level as it was ivory tower. They had an authentic point of view and leaned into that, making a world class artist, Van Gogh, more accessible and popular through Airbnb,” he said.

2. Brands also have to have a deep understanding, an affection, for their audience.

“To the Art Institute, people were something more than “ticket buyers.” They were more fully-formed individuals who were interested in in things other than art, like traveling, and had basic human curiosity in things, like voyeurism. By simply looking at people a little deeper you can engage with them more,” he explained.

3. Audiences also appreciate when you make yourself a little vulnerable.

“Things like ‘Van Gogh BnB’ or ‘Field Trip to Mars’ go out on a limb, they can easily be rejected. But if you truly know your audience, people applaud you for making the extra effort to engage them,” he said.

Even knowing this process so well, it does not prevent challenges. All projects have their challenges. For instance, with the ‘Van Gogh BnB’ project Leo Burnett was put in a very tight box of having to promote three very specific paintings. And there’s always pressures of time and money. From the beginning to the end, all these projects are a continuous creative process, evolving all the time. There are always new things to think about and new problems to solve. The key to succeed is resilience and presenting enough to roll with things and see it through to the end.

As everybody talks about digital, we wanted to discuss with Pete the role of printed media instead. Pete did not have any doubt in saying that printed can be just as demonstrative and innovative as digital media.

He mentioned an Ikea campaign from the Leo Burnett Toronto office. Posters were printed on parchment paper with graphic recipes illustrated with edible ink. People could just place the ingredients on the poster, wrap it up and cook it in the oven. It was an innovative, authentic way for Ikea to bring their simple, modern-domestic brand to life.

He also delighted us with some insights about globalisation and localisation strategies.

For local campaigns, there is a certain awareness of how language and culture are extremely important variables to consider; however global campaigns add a degree of difficulty. “You have to go beyond language and superficial, cultural tensions and to dig deeper into core human insights. Feelings and tensions and aspirations everyone around the world share. Then you have to take these universal insights, these great commonalities, and present them in a fresh way. It is like finding a needle in a haystack, then turning that needle into a Faberge egg,” he continued.

Pete is joining MarketingPulse, and we will have chance to hear about his experience.

“Instead of the wild west, it is the wild east,” Pete said about his strong interest into Asia. Technology is ingrained in the culture more than anyone else on earth. Asia is a region of early-early-early adopters and anything goes.  Plus, you have a jillion people here that marketers are fighting for to reach, using technology and innovation as secret weapons.

We are looking forward to meeting Pete at the MarketingPulse and continue this conversation. 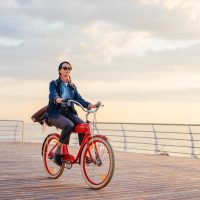 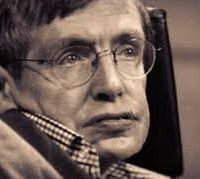