Meet the woman behind Starbucks’ rapid growth in China

Starbucks‘ stock price hit a rough patch at the end of January after earnings disappointed investors. A silver lining was business in Asia, particularly China, where combined sales rose by 18% in the latest quarter to $771 million; profit leaped 29% to 163 million. Starbucks doesn’t break down its China business, but the country has more than 2,500 stores–about 10% of Starbucks’ global total–and is a key growth market. Leading the charge is Hong Kong native Belinda Wong. She will oversee Starbucks’ plans to double in scale to 5,000 in 200 cities in the country by 2021.

Wong was promoted to country CEO from president last October after 16 years with Starbucks, the last 5 of which she’s spent overseeing the opening of almost 2,000 stores, spearheading Starbucks’ torrid growth.

At work, besides the rapid succession of openings, she’s credited with pushing for a housing subsidy for full-time baristas and shift supervisors, building up a Starbucks China University program and creating the company’s first “Partner Family Forums,” which showcase Starbucks values to parents of employees. For that swath of success, she’s ranked No. 37 on Forbes China’s new list of the country’s top businesswomen.

Wong oversees Starbucks’ China turf from Shanghai, which has emerged as the top city in the world for Starbucks, with more than 500 stores. The company, which opened its first store in China in Beijing in 1999, has benefited from a big bump in middle-class income. The customers are overwhelmingly local, as is the company’s fragmented competition.

Overall, the localization effort seems more subtle than overwhelming, making its approach “similar but not so similar” to what the company does in the U.S., Wong says. “I have to think about where you live, where you work and how you travel,” she says. “This has to speak to you and not to folks in other countries. I like the fact that we are not the kind of the company that enforces what has to be done in the U.S. to be in China, and I think that forms part of why we are successful in China: because we are able to make sure that everything is developed in China with the Chinese consumers in mind.”

If you want to speak to consumers in China, you have to be savvy about digital communications–the country ranks No. 1 in smartphone and Web users. So it’s no surprise that Starbucks, beyond the expansion, is also focused on digital approaches.

Besides the explosive growth in stores and the gifting push, in Shanghai Wong is overseeing the opening of the first international Starbucks roastery and leading a push to build out high-end coffee bars and stores. 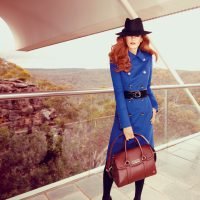 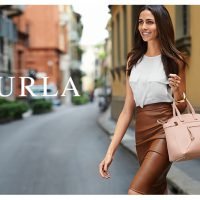