The French designer, whose appointment is effective immediately, will oversee the label’s couture collections, ready-to-wear and accessories.

Simoëns succeeds Arnaud Maillard and Alvaro Castejón, who left the label in July 2016 after three years.

“It’s a great honour to be able to revisit Loris Azzaro’s heritage,” said Simoëns. “His free anti-conformist spirit, avant-garde view of elegance and uncompromising hedonism were at the heart of his work. I’m enormously lucky to be able to reinterpret these codes through fashion for men and women.”

The appointment comes as the fashion house, founded by Loris Azzaro in 1967, celebrates its 50th anniversary, a fact not lost on Azzaro CEO Gabriel de Linage. “The work of Maxime Simoëns is in subtle resonance with Loris Azzaro’s emblematic silhouettes; there is the same taste for graphic fluidity, precise but sensual architectural lines, the opposition of contrasts and virtuoso embroidery,” said de Linage. “We are very pleased to welcome Maxime Simoëns into this iconic and iconoclastic fashion house to shape its future, at the very moment when it celebrates 50 years of creation.”

Simoëns will continue to operate his own label, which relaunched as an accessible, menswear-only brand, M.X Paris, in 2016. This is not the first time he has helmed a label other than his own; in 2011, he was appointed creative director of Leonard, though he left the position six months later. Despite rumours linking him to the then-vacant creative director post at Christian Dior, Simoëns announced plans to focus on his own label, which received backing from LVMH, but by 2015, Simoëns and the French luxury conglomerate had parted ways.

Simoëns graduated first in his class at the Chambre Syndicale de la Couture Parisienne, and has held positions at Elie Saab, Jean-Paul Gaultier, Christian Dior and Balenciaga. He will show his first collection for Azzaro at Paris Couture Week in July. 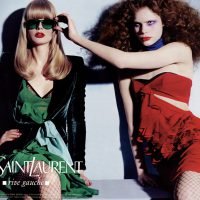 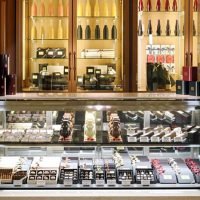