The yoga gear brand said that Potdevin resigned, with a $5 million exit package, after the CEO “fell short” of its standards requiring employees to “exemplify the highest levels of integrity and respect for one another.”

The firm didn’t provide any other details, such as where or how its former CEO fell short of the company’s standards of conduct. However, considering the mass pay out it was deemed as a range of ‘minor’ things that went against the firm’s ‘culture’.

Potdevin’s departure means Glenn Murphy, former Gap Inc. Ceo who joined the board in April, is now executive chairman, and will act as an interim CEO until a new hiring is announced.

“Culture is at the core of Lululemon, and it is the responsibility of leaders to set the right tone in our organization. Protecting the organization’s culture is one of the board’s most important duties,” said Murphy.

Meanwhile, three senior level executives were promoted as a result. Each will report to Murphy.

Celeste Burgoyne, executive vice president, Americas, will oversee all retail channels of the global business, including stores and e-commerce, as well as brand marketing.

Stuart Haselden, chief operating officer, will oversee operations related to finance, supply chain, people and technology. This will be absorbed into his current role as chief financial officer, which he started in 2015. Finally, Sun Choe, senior vice president of merchandising, will lead Lululemon’s product development, design, innovation and merchandising. She joined the company as chief global product merchant.

As for the new CEO spot, not one specific person has been hinted at to replace Potedevin.  However, analysts on Tuesday began speculating that Lululemon could be eyeing Stefan Larsson, whose non-compete agreement with Ralph Lauren Corp. just expired.

Both parties have not commented. 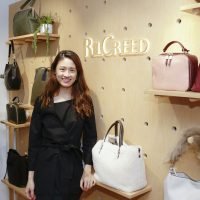