Japan is the group’s second-largest market, accounting for 14.1% of overall sales. It is a strategic market for the L’OCCITANE en Provence and Melvita brands, in which the group operates 128 and 35 stores, respectively.

Prior to joining L’OCCITANE, Ms. Koyama was CEO and President of Ferragamo Japan. She also spent eight years at Estée Lauder, where she developed a comprehensive understanding of the beauty market in Japan. As Brand General Manager for Clinique, Junko was responsible for the largest business unit within the affiliate, where she doubled net profits by successfully implementing an omni-channel strategy. Before that, she held several senior leadership positions within LVMH and Cartier Japan as well as Procter & Gamble in Switzerland.

“Junko’s extensive expertise in leading global luxury and cosmetics brands in Japan makes her uniquely suited to take on this role. Junko will be instrumental in driving our strategy to support sustainable growth, despite the current crisis. Furthermore, her personal experience and background will be an invaluable addition to the Group’s Executive Leadership Team,” said Sylvain Desjonquères, L’OCCITANE Group Managing Director.

Junko Koyama holds an MBA from INSEAD in Fontainebleau and a Bachelor’s degree in English Literature, and acts as an advocate for women’s leadership within INSEAD’s Alumni Community. She succeeds Nicolas Geiger, the son of Reinold Geiger, Chairman of the Group, and brother of Adrien Geiger, Group Sustainability Officer and Global Brand Director of L’OCCITANE en Provence. Nicolas Geiger’s next assignment will be announced in the near future. 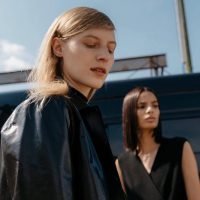 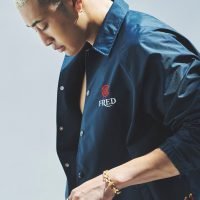 FRED collaborates with Clot for streetwear