In 1999, when Alibaba was founded, the first association people would make was “Ali Baba” from the Arabian literature masterpiece “One Thousand and One Nights”. Jack Ma said he chose it for this reason, it was a name able to resonate in people’s mind all over the world.

In less than 3 years, the name Alibaba populated media all over the world and like the Arabian literary work acquired appeal internationally.

How Jack Ma build his internet empire can be summarized in 4 pillars.

It is hard to find the words to describe the scale of Alibaba Group, the Chinese e-commerce business founded in 1999. It is probably best exemplified by the numbers: Every single day, 200 million people shop on Alibaba’s mobile sites and it sold $550 billion worth of merchandise in its last fiscal year.

In May 2017, Alibaba Group announced annual revenues had gone up 56 percent to almost $23 billion, and in June investors literally gasped as it upped its growth forecast for 2017 from 45 percent to 49 percent. Its 2014 initial public offering (IPO) was the largest in history, raising $25 billion on the New York stock exchange.

At the head of it all is Ma Yun, the 53-year-old entrepreneur known as Jack Ma, who started the company with 17 others and $50,000 in his apartment in Hangzhou, a mid-sized city near China’s east coast, known for its green hills and West Lake.

But Ma’s childhood was frugal: he was born to a family that had very little, sharing an income of just $7 a month between six. He was 6-years-old when President Richard Nixon met Chairman Mao Zedong in 1972, a “geopolitical earthquake” event ,which opened up China to the U.S. and led to it becoming the world power it is today. It was also the start of Ma’s Chinese dream.

His journey from rags to rock star billionaire – Ma appeared on stage dressed as Michael Jackson at Alibaba’s 18th birthday party in September 2017 in front of an audience of 40,000 – is beset with failure and rejection. Ma said he was a “loser” in his thirties, insists he is not a tech expert and was rejected from a job at KFC and as a hotel waiter and was turned down three times when he applied to university. He also claims to have little tech expertise.

Ma’s secret? His understanding of the power of the internet in putting buyers and sellers together, and his obsession with helping small companies, via eBay-like marketplace Taobao, bulk supplier 1688.com and Alibaba.com, a business-to-business site for wholesalers. The group also has marketing services and a financial lending affiliate including PayPal-like Alipay, which has 520 million users around the world.

Other ventures include a 51 percent stake in delivery company Cainiao, which ships an astonishing 55 million packages a day, and Alibaba Pictures, a joint venture with Steven Spielberg’s Amblin Partners.

The first time Jack Ma went online was in 1995. He was at a friend’s home in Seattle and he approached the computer gingerly.

So Ma — then an English teacher — read U.S. business books to learn about GE, Microsoft, IBM and Wal-mart. “I was so interested in English. People read books, my school mates, they read English just for learning English. I read English, because I learned so many interesting American ideas,” Ma told CNBC’s “The Brave Ones.”

Ma would travel across China on road shows where 100 or 200 people would turn up to listen to him, in a kind of “mass movement” to talk to business owners about why they needed to get online.

Jack Ma was long inspired by Yahoo founder Jerry Yang and the two met when Ma was assigned by his then government employer to show him around Beijing in the 1990s.

Ma built his vision on the American companies he saw succeeding like Yahoo and eBay, and moved its main operations to Silicon Valley around the year 2000 because he had been convinced that was the best way to build a global business.

“Because it is so difficult to hire people who know trade in the Silicon Valley, San Francisco. So instead we hire people from New York, Miami, all arriving in San Francisco. After one month or two months, we realized that something (was) wrong …. because those people, they know trade, but they don not know anything about internet. Those people that do not know internet, they do not know anything about trade,” Ma said in an interview.

That moment was one of the hardest for Ma. He realized as an English teacher you almost never have to say no. But as a CEO, you need to make the tough decisions. And in that case, bringing the company back to China was the tough decision that Jack Ma had to make.

In 2003, Alibaba decided to launch an eBay-type marketplace: Taobao. To start with, it was a defensive move to slow down the American company’s march to China.

Taobao’s major difference was that it did not charge sellers or buyers commission, so did not have a revenue model to start with. But Ma was convinced that if you put buyers and sellers together, and the sellers made money, then the site itself would too.

Search for “lobster” on Alibaba.com and more than 1,200 products come up, from a red Canadian variety costing upwards of $1,100 per metric ton that ships live from the U.S., to frozen lobster tails for $195-plus. If a Chinese customer wants fresh cherries, they can get them sent from a company in Maryland for $300-$500 a ton.

Ma sees a sea change in the way goods are consumed around the world. “I say, past 30 years, the domestic consumption of the United States drives the global economy and supports so many small businesses in America or China to sell things globally. Today, next 30 years, the domestic demand and power of China is going to drive millions and millions of small businesses globally,” he told Faber.

But Ma is also worried about a world where artificial intelligence and robots take people’s jobs – and businesses must adapt. He is likely to fly for 1,000 hours next year, he said. “This is why I am traveling, talking to all the government and state leaders and telling them move fast. If they do not move fast, there’s going to be trouble. When we see something is coming, we have to prepare now. My belief is that you have to repair the roof while it is still functioning.”

He warned that while large businesses currently dominate industry, the next century will be more about smaller companies. “So how we can empower the small businesses? You know, the small businesses, not only (can) they only sell things to their village or their own country or even their city. With the power of the internet, we can help them sell across the board,” he added.

For Alibaba, as for Amazon, the future is not just about e-commerce. Alibaba’s cloud computing division made a modest $968 million in revenue in the year to the end of March 2017, up 121 percent year-on-year, while its digital media and entertainment businesses including YouTube-style site Youku Tudou and event ticketing agency Damai took $2.1 billion, up 271 percent.

The aim is for people to spend more of their waking moments on the platform, according to Alibaba’s digital and entertainment chair and CEO Yu Youngfu. “To put it simply, our mission is to allow those who have fun shopping at Alibaba to truly live at Alibaba. So in addition to shopping, we would like them to spend more time watching videos with us, getting information from us and listening to music with us, to come and game with us, among many other things,” he said at an investor day in June 2017.

Alibaba also announced a partnership with Steven Spielberg’s movie production company Amblin Partners in October 2016. Alibaba Pictures is 49.5 percent owned by Alibaba Group, and will be creating its own content as well as distributing it in China.

Other types of business may follow, such as a QVC-style shopping site that might combine with a Netflix-type offering.

Alibaba sees its scope far more broadly than, Amazon and eBay would. They see their scope as more like the combination of of Amazon, Facebook, Google and Netflix. 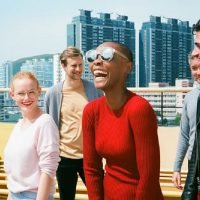 GRANA raises funds to advance its use of AI
Next Article 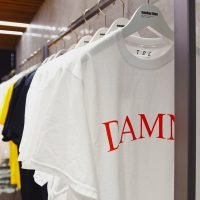