Stefano Passarello is very well known for his performances with numbers. Being a Managing Partner of People & Projects (P&P), the largest Italian and Spanish speaking accounting firm in Asia, his name often pops up tied to the Italian retail giants operating in South East Asia.

Recently, Retail in Asia met him to know more about Italian retailers in Hong Kong, and has found out that Stefano also succeeds in other types of numbers; he breaks records.

On 14 October, Stefano ran the fastest age-group marathon split of the field in Kona Hawaii, at the Ironman World Championship 2017.

The organizer of Ironman World Championship has confirmed that Stefano not just ran the fastest marathon in his age-group category, but also the 10th best time including professional athletes. His run, which lasted 2:53:23, made Stefano the 4th fastest ever by an age-grouper since the inception of the Ironman World Championship in Kona – the other three fastest marathons were made by Joe Thorn (2:52:39), Max Longre (2:48:30) and Trevor Delsout (2:52:39), who all became professional athletes the year subsequent to the race.

This is an incredible achievement coming from a full time businessman relatively new to the sport – his first official triathlon race was the Hong Kong ITU Championship in October 2016.

Since then Stefano qualified for two World Championships, Ironman 70.3 in Tennessee and Ironman 140.6 in Hawaii. To top this up, Stefano also did the fastest Hong Kong (HKAAA) based time at the Standard Chartered Marathon 2017.

Stefano’s performances are the result of a very peculiar training that he designed himself. He performs very high milage with very low heart rate and usually in a fasted state. He embraces a primal blueprint approach in nutrition and fuels most races with a diet of single/few ingredients. His normal lunches consist of pure chocolate, salted organic nuts and dried fruits.

SEE ALSO : Pure Group owners seek a sale
He has proven that competitive sports achievements can also be made by businessmen dealing with hectic lifestyle at work, but willing to find time to train and pay attention to their diet.

Stefano has made of his passion, a long-term mission to become a role model and  promote a work-life balance in Hong Kong, starting from engaging his co-workers and Hong Kong community in the understanding that succeeding in sports empowers business performance as well.

At the end of the day, Romans used to say “mens sana in corpore sana”.

An interview with Stefano is coming soon! Stay tuned! 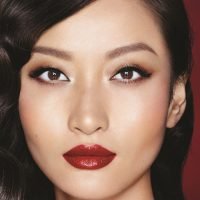 Charlotte Tilbury to launch in Asia in 2018
Next Article 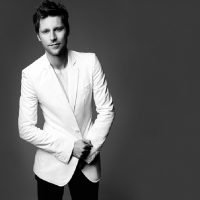 Burberry plans its life after Bailey