Is Kanye West a good bet for fashion brands?

Kanye West has never been known to play it safe.

From his 2009 Taylor Swift stage crashing to his new wave of political engrossment with President Donald Trump, the Yeezy creator has historically dived headfirst into controversies.

While the public has long accepted this to be West’s way, the rapper and producer-turned-fashion designer’s more recent escapades have been markedly more damaging to his brand

“Throughout the past two years, conversation about Kanye West across social channels has been more negative than the average A-list male celebrity benchmark, with his positive to negative sentiment ratio being 24 percent lower than [his peers’],” reports Spotted.

Additionally, Kanye’s behavior has also had a large impact on consumers’ perception of him, with data showing that consumers see Kanye as “wacky,” ranking higher than 97 percent of other celebrities for this attribute.

There are two instances in particular that lowered West’s appeal with the 25-and-younger age demographic:

While many brands — recognizing that Gen Z and millennial consumers value social responsibility and advocacy on the part of companies — have recently shifted their strategies to seek out “edgier” ambassadors, West’s behavior has been so polarizing of late that he seems to have even bypassed that benefit.

Adidas uses Kanye West as a partner and he is important to the brand as his persona brings exposure.

But, some of his more recent behavior has reduced his appeal with the younger segment of consumers when [appealing to that group] is exactly why Adidas is using him.

West’s undeniable fashion influence despite his allegedly damaging antics comes from the objective of the brand.

They can care about the halo effect it could bring or, on the other hand, someone driving sales for them.

Adidas has been upfront about its expectation that West would create more of a halo effect for the brand as opposed to driving significant sales volume for the nearly $40 billion company.

“You have to separate the brand impact and the commercial impact,” said Adidas CEO , Kasper Rørsted.

“There’s no doubt that the brand impact of Yeezy product has been phenomenal because it’s put Adidas in a different space than it [was] before. From a commercial standpoint, it’s still very limited, but there is a spillover effect through Yeezy that made Adidas a hotter brand than it was before.”

While Adidas has mostly stuck with a limited release strategy for its Yeezy sneakers — generating added hype and buzz around the sneakers — the Yeezy Boost 350 V2 “Triple White” saw mass release last month.

Those larger quantities of the “Triple Whites” meant that the sneakers were still available for purchase days after the release.

However, many of the consumers who find West to be fashionable claim they are not compelled to switch to a product because he endorsed it.

Still, Adidas continues to assert that West’s artistry has invaluably enriched the brand.

“Kanye is who he is, and he brings different points of view out,” said Rørsted. “But you have to go back to the macro. We’re in 75 countries. If we wanted complete buy-in from everybody in the world with what we do in every one of those countries, we couldn’t upgrade.”

And West, by marriage, also packs the power of the Kardashian-Jenner clan behind him.

“With Kim Kardashian’s influence and business ventures, people will go to extreme lengths to be a little more like Kim,” said McAfee’s chief scientist, Raj Samani.

According to Spotted co-founder and CEO, Janet Comenos — whether solo or with the Kardashians by his side — West’s fame is not worth the danger.

“Overall, he’s an extremely risky choice, and not someone I’d be recommending to a brand in the fashion space.” Comenos said.

“There are a lot celebrities out there that can help a brand be perceived as more edgy — and they don’t have these other negative qualities [such as being] erratic, rebellious or negatively outspoken, where Kanye ranks high.”

She added, “Those qualities make it very hard for consumers to trust an endorser — and trust is the core tenet of any successful endorsement or celebrity campaign.”

Rørsted, of course, sees it differently.

“We want to have the freedom of the creator come in and also sometimes have a different point of view, have a point of view that people react to in a positive and a negative sense,” Adidas’ chief said. 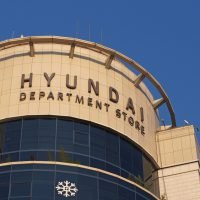 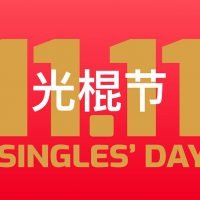