On 12 September 2017, YouTube launched YouTube FanFest in Hong Kong and gathered 600 YouTubers from all over the world to discuss opportunities for cross-border collaborations.

Sean Park, Marketing Director of YouTube Asia, highlighted the popularity of YouTube in Hong Kong based on of YouTube watchtime, YoY growth in amount of videos uploaded in HK, increasing number of creators who have reached over 100 thousand Silver Button subscriber threshold. SEE ALSO : Do you want your videos to be irresistible?

Park also talked about the usage and engagement of the new in-app message feature in HK, and how YouTube creates touchpoints for local creators with international network, and connects international YouTube stars with local fans. YouTube FanFest is one of the initiatives launched to boost the image of YouTube as a sharing platform aimed to connect the world.

Retail in Asia has taken the opportunity to interview Mira’s Garden and Hana Tam.

Mira is a Hong Kong YouTuber who has recently moved to Korea. She was one of the most fast growing YouTuber in 2016 with over 327k subscribers, she is popular among Hong Kong netizens as well as being recognised by Korean digital content network which invited her to DIA Festival 2017.

Hana was an artist at ATV, she started uploading her own beauty tutorial videos, and since then has been gaining popularity and recently started creating music and tried different lifestyle content.

Both YouTubers shared their own experience and discussed their role in the retail industry, and what’s next for YouTube stars. 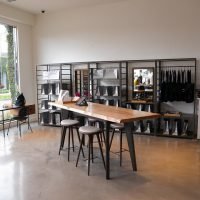