EmTech is the annual global emerging technologies conference hosted by MIT Technology Review, the world’s oldest and most respected technology publication since 1899. This unique event has grown into a global community which runs in the United States, Europe, South America, India, Singapore, and Hong Kong.

Retail in Asia attended the 2018 edition in HK, and it was an opportunity to glimpse the future and understand the technologies that will change the face of business and drive the new global economy.

During the event we had the chance to interview Tony Verb, Founder of GreaterBay Ventures & Advisors, an integrated investment and consulting firm, specialised on modern urban development and smart cities.

Tony has years of experience in corporate innovation, accelerator programmes and ecosystem building as partner of Nest.vc and Co-Founder of Mettā. 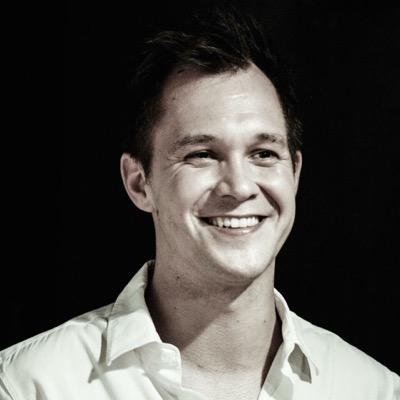 RiA :  What does the Greater Bay Area represent for HK?

Tony : Greater Bay Area (hereafter, GBA) is a fantastic opportunity for HK in terms of development and growth in the coming 5 to 20 years. Thus, I suggest the entrepreneurs and young people of the city to explore all the opportunities involved in this initiative as there are plenty.

Furthermore, Europe is back in the game of innovation and novelty is coming from there as well but the markets today are in Asia.

It is a reality, but people are not very knowledgeable about these markets. Hence why I wanted to create a platform that opens those markets and opportunities through the GBA for European innovators and entrepreneurs.

Overall, the GreaterBay Ventures & Advisors, the company I founded, helps innovative businesses in the GBA to access markets in China and in Asia overall.

We are building an investment fund which starts supporting innovative businesses at their later stages in the area of urban innovation.

Retail is part of our scope because we are interested in everything that includes the megatrend and the grand scheme of urbanization and how people live in cities across the border so for us creative industries, retail, property tech, clean energy, transportation are just as important as the classic smart city solutions.

RiA : When you mention this fund, is it mainly for investments within the GBA or are you also looking outside?

Tony : We have two angles.

We believe that the GBA is not necessarily a source of innovation, but a place where innovation can happen on a regional and global scale.

This is why we believe this region is a fantastic opportunity for European entrepreneurs unfamiliar with the region to tap into these Asian markets.

More than the market, it could also provide them with access to the supply chain and knowledge economy of Asia. I believe our added value, for Asians, local investors, and local manufacturers, is our access to unique IP in Europe.

Also, we are covering most markets with our network which is pretty unique as most funds and advisors are focused on specific markets.

I think HK has always been an interface world between China, Asia, and the rest of the world which is why we have always played on its strengths. However, it is now part of something even more diverse, exciting, bigger and stronger, which is the GBA, and I think we should really play on the strengths of the GBA,the strengths of Asia.

RiA : Which city do you think is going to be the GBA hub, as it seems that both HK and Shenzhen have been driving innovation in the past few years?

Tony : I always say that HK should look at Shenzhen, Guangzhou, and all the other cities as part of its own ecosystem.

I do not think there is any reason to compete as HK and Shenzhen are grown together. It is a matter of adding specific value to what we see in Shenzhen and integrating it.

Look at Tencent, for instance, coming from Shenzhen yet listed on the HK stock exchange.

Developing its own innovation infrastructure is important, but, we cannot ignore the fact that some amazing companies are from and in Shenzhen like Huawei and Tencent while being hardware giants and software giants.

Another good example is BYD, from Guangzhou which manufactures electric cars and has provided and electrified Shenzhen’s entire bus fleet.

I think there are no reasons for those cities to be competing with one another, while having all the reasons to collaborate with each other. A lot of benefits can be brought by a strong ecosystem.

HK or any other city could waste its time and try to improve itself in areas where other cities are better positioned or it could develop and work on its strength. Collective work is always stronger than the individual one and that applies to all: from organizations to individuals but also to cities and regions.

RiA :  Would you say HK should focus on FinTech and Shenzhen on mobile technology for example and so on, so that each city should specialize in a specific sector?

I believe this is the right analogy in highlighting why collaboration matters more and how entrepreneurs and existing companies can benefit from it.

Integration is a key element in understanding how China works.

Shenzhen’s sole existence and the substantial power the city holds originates and is drawn from its particular location – being so close to HK.

It all comes back to top down policy but leaders can only decide to open up the opportunities, the rest of the work lies within the cities.

RiA : In terms of investment perspective, has the GBA collected some sort of initiatives to boost investments in the area as a whole that you know of or foresee in the future?

Tony : I think the GBA is pretty much organic now.

HK is the world’s number 2 destination for FDI after the US – which is incredible – and investments just keep on coming.

The entire region has been growing at a rate of 10% in the past 20 years and is expected to grow 10% for the coming 20 years.

Also the GDP is expected to grow from its current US$1.5 trillion to US$3.4 trillion, and the population from 66 to 88 million.

Due to the present ecosystem, the startups and innovative businesses are very intense and should remain that way.

All of this is just a loop and positive spiral for the region.

The talent lies here more than pretty much anywhere else in the world.

I think the best part of HK is the network. You have a lot of people here, but at the same time the network is so deeply interconnected that you can really meet whoever you want, they are just a few connection points away.

RiA : Aside from the investments in the GBA, which sector do you think will most benefit from the GBA development?

Tony : I think the most exciting thing about the GBA is that there is not one particular sector.

It is the most diverse economic cluster in the world.

If you look at what 11 cities with very small geographic areas are capable of producing and manufacturing for the world, it is amazing!

There are 3 ports that are out of the top 6 ports in the world.

Airport capacity is also doubling over the coming 18 years from all of the leading roads.

From manufacturing to R&D centers, there is not one industry which is not present.

But what I am truly most excited about is obviously what I am focusing on: smart cities.

The added 22 million people which will be moving into the region are synonym of infrastructure and property but mostly opportunity.

Here, is the opportunity to apply property tech and clean energy solutions to develop a sufficient urban environment for these people.

RiA : Do you have a vision of what could be the final version of a smart city or what a smart city would look like in 10 years?

Tony : The exciting thing about smart cities is innovation and I don’t think we can predict what will come out in 10 years in terms of technologies.

And this is why I am so strongly advocating for the integration of the latest smart city solutions into their development.

HK should have been an electric car capital and it did not – even though we have the highest number of Teslas per capita. But there are unfortunately no incentives for the public transport operators.

Across the border, spreading electric self-driving vehicles as a norm in the region would make absolute sense and applying the latest property technology energy saving solutions is another area where the region can grow very well on.

As many of the leading companies in the sector originate from cities of the GBA, like Huawei, the opportunity is there. given that Huawei is one of the broad leader in 5G technologies.

Also Ehang, one of the world’s leader in autonomous drones taxis is from Guangzhou. It would be exciting to see how that could be implemented in the internal regional transportation and logistics of the city.

But legislation could here be an issue and public institutions should try to reach mutual acceptance for drone taxis from a legal point of view first before moving to that of the general public.

I also hope that Hong Kong and Shenzhen can integrate into the world’s FinTech hub.

I think the future is bright for smart cities, fin tech, high tech, bio tech etc. which are in line with the government’s priority list as it plays on HK’s strengths.

RiA : Would this be your priority list for the fund you are trying to set up as well?

We can see from the example of Dubai that you can build cities out of nothing based on capital.

With the right strategies, you can build large prospering cities very fast.

As we are living in an exponential age characterized by a huge mobility and incentive for talent and where we globalize growth, smart cities are meant to arise.

I actually believe in Saudi Arabia’s NEOM project big time but I believe in the GBA even more.

What is going on here is the product of hundred of years of history, intelligence, trading… and this is not going away.

RiA : What do you think about this event?

Tony : I had the privilege to be part of the preparations and I am a big fan of Emtech conference.

This is the kind of event HK needs to bring fresh and up-to-date information from thought leaders and highly engaging figures across industries.

RiA : Where did you get the inspiration to start your own company and own fund, I know you have been involved in some co-working spaces such as Metta?

Tony : Yes, Metta is part of a venture fund – Nest, to which I am a partner of.

With Metta and Nest, the focus is not on Europe.

The path I want to be walking for the coming 20 years is related to this region and to Europe. I have a broader interest in China and connecting it with Europe along the One Belt and One Road concept.

I want to build something that praise on my very personal beliefs and aspirations.

I am a partner of some other companies and I believe in all of them but I believe in this one very specifically.

Estee Lauder Companies (ELC) is partnering with Balmain to create a line of beauty products that is expected to launch globally in autumn 2024. As par…