“It was a transformative moment,” says DFS chairman and chief executive officer Philippe Schaus of the decision to open in Venice. “We are based in Hong Kong so going to a space like that in Europe is big. We went from Pacific Rim to truly global players.”

The opening of the Venice store in such a prominent location, which followed that of a DFS store in Siem Reap in Cambodia earlier this year, is the most gilded manifestation so far of the retailer’s strategy for change – one brought about by a slowdown in its traditional core markets.

Schaus, 53, has been running DFS since 2012, and has seen both the highs and current lows of luxury retailing.

“Let’s be frank, the last five years have been bumpy, especially the last two or three years, and that’s because there’s been a change in the customer,” – Schaus

Bluntly, Schaus admits that the company was, perhaps, “overly dependent” on Hong Kong and Macau during the luxury boom and so felt the slowdown more than most.

Outwardly at least, rebalancing the business away from Hong Kong and Macau may seem a big undertaking, but Schaus believes it accords with the company’s founding philosophy.

“We are in a business that is highly volatile by nature, but we are a travel retail company at our core, so we follow the traveller. First we followed the Japanese when they began to travel and then we followed the Chinese,” says Schaus.

He says Chinese travellers, and particularly the wealthy elite, now look to Europe instead of Macau and Hong Kong for leisure and shopping holidays.

“We are deep believers in bricks,” says Schaus. While he says DFS isn’t ignoring prevailing trends in the way people shop, “going digital is not necessarily a recipe for success; if anything, it’s more likely a recipe for failure”.

Schaus says shopping should be more about the experience, instead of “just selling stuff”. The Fondaco Dei Tedeschi site in Venice, for example, will host a series of cultural events.

Still, he isn’t ignoring online shopping. He says DFS will have a more concrete plan for an online store to go with the physical Venice store by February 2017.

“I don’t see how we can go back to where we were three years ago, which was a world of exuberance, where customers were buying and discovering luxury, spending indiscriminately. The world has evolved. Normality is what we have today,” he says. 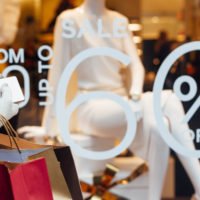 How retailers can prepare for a successful Cyber Monday
Next Article 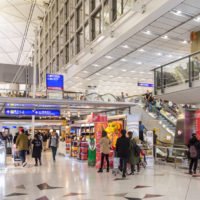