Once seen as the world’s copycat, China is now home to some of the most innovative ideas, entrepreneurs and technologies, and major companies across the globe are trying to keep up.

This was the subject of The Economist’s Innovation Summit 2016 held on 6 September 2016 in Hong Kong at the JW Marriott Hotel, where more than 180 C-suite executives, entrepreneurs and critical thinkers from China and the region came together.

“Innovation, especially in the Chinese context, is not synonymous with technology,” said Fung,whose grandfather founded Fung Group in 1906. “Technology is a part of innovation — it is a very good catalyst and enabler for it — but there is a lot of innovation without technology.”

“China has had a series of innovations, and the technology side has caught up more in recent years,” he continued. “That’s added even more opportunity, but innovation has always been there.”

He credited the acceleration of Chinese innovation to its demanding consumers, saying, “I don’t think there is a consumer in the world now that is more demanding than the Chinese consumer.”

“They are totally technology and mobile internet enabled. If you look at their profiles, people with money are at a much younger age — at least 10 years younger. That means you have someone with a lot of spending power at a much younger age. On top of that, you have the traveling Chinese consumer who’s getting a lot of exposure. A lot of omni-channel models are actually coming from China, because that’s where you find the most discriminating consumers.”

To close off, Fung was asked what he believed Hong Kong’s role in the Chinese economy would be going forward.

“There is a new model evolving, a new alliance coming up between HK and the southern part of China,” he said. “We are now involved in the creation of ideas in deciding what to produce, and we never used to participate in that.”

Calling Hong Kong a part of the Pearl River Delta and not an isolated entity (much like Manhattan is a part of New York), he added, “We provide the context and sensitivity to the global market. There’s going be a real economy developing in this part of the world in the upper part of the supply chain — the creation part of the process.” 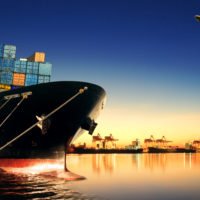