Coty Inc. announced several executive and Board appointments that are designed to help accelerate growth of the business.

By summer 2020, upon conclusion of the strategic review that is underway, Pierre Denis will succeed Pierre Laubies as Chief Executive Officer of Coty and Pierre-André Térisse, Chief Financial Officer of Coty, will become Chief Operating Officer while retaining in full his CFO role and responsibilities. Additionally, the Coty Board of Directors has elected Isabelle Parize and Justine Tan non-executive directors, effective 27th February, 2020.

Building on the strong foundation in place, Pierre Denis’ extensive sector experience will be invaluable to accelerating top-line growth across Coty’s core categories: Fragrances, Cosmetics and Skin Care. He will assume responsibility for the Marketing, Sales, Human Resources, R&D and Legal organizations. Mr. Denis is currently CEO of Jimmy Choo Group Limited, a position he has held since July 2012 when he was recruited by JAB, the luxury accessories brand’s owner at the time. He brings 30 years of luxury, beauty and brand experience, having previously served in a variety of leadership roles with LVMH, notably with John Galliano, as well as with Christian Dior.

To support Mr. Denis’ growth agenda, Pierre-André Térisse has been promoted to the newly created position of Chief Operating Officer, focused on securing effective alignment and integration of all support functions. He will retain in full his CFO role and responsibilities.

“Pierre Denis brings a wealth of cosmetics and luxury experience in developed and developing markets, including in Asia, and I have admired his work for many years. Pierre will work closely with Pierre-André Térisse, who intimately knows the company’s operations and finances, to ensure that Coty is well-positioned to capture myriad growth opportunities and accelerate top line performance,” added Mr. Harf.

Ms. Parize brings extensive global cosmetics leadership experience to Coty, having previously served as CEO of perfume and cosmetics retailers Douglas Holding and Nocibé, as well as President of Quest International’s Fragrance Division. Ms. Parize is currently interim CEO of Delsey where, since autumn 2018, she has been leading a significant turnaround strategy. She also serves as a non-executive director of Pandora and Air France-KLM Group.

Ms. Tan is a Partner at JAB, Coty’s controlling shareholder. Ms. Tan brings more than 20 years of experience in investing, banking and operations, having previously been a founding member of Temasek’s US operations, and an investment banker at Goldman, Sachs & Co. She has extensive international experience, having lived in and covered key markets in North America, Europe and Asia, across a range of businesses in the consumer retail, real estate, services and industrials sectors. 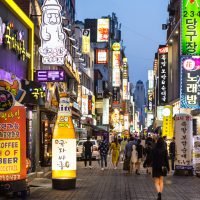