Harf is an entrepreneur and builder of world-class businesses. He is Founder and Managing Partner of JAB Investors, an investment firm with more than $100 billion of assets under management. He has extensive industry experience, including through his previous roles as Chairman and CEO of Benckiser N.V. and then Deputy Chairman of Reckitt Benckiser, which he formed through the merger of Benckiser N.V. with Reckitt Coleman in 1999.

While leading Benckiser, Harf built modern-day Coty and spent more than 20 years with direct executive responsibility for the business, as Chief Executive from 1990-2001 and then Chairman until 2011, during which time Coty again became an independent company with almost 14 times revenue growth. Harf has also served as Chairman of AB InBev.

The creation of a three-person Executive Committee will allow the company to increase the speed of its decision making and execution and create clear accountability for improved performance. Besides Harf, members of the Executive Committee will be Coty’s Chief Operating Officer and Chief Financial Officer, Pierre-André Terisse, and Gordon von Bretten, who joined Coty as the company’s first-ever Chief Transformation Officer.

Von Bretten, who joins from KKR Capstone, will draw on his 25 years of experience in transforming businesses to accelerate the pace of change at Coty. He will oversee the ‘All-In To Win’ transformation agenda. The new Executive Committee will make sure that Coty takes the right steps towards becoming a more profitable business and delivering on its commitments. It will set clear priorities and hold itself and the Coty organization accountable to drive improvements across the business.

Pierre Laubies stepped down as Chief Executive Officer on 31st May, 2020. Given the new management structure, Pierre Denis will not take up an executive position with the company and has stepped down from its Board. He will remain a Senior Advisor, allowing Coty to leverage his extensive knowledge and experience in the luxury industry.

Harf commented: “I have known Coty for a long time and there is a lot of potential within this company. I am delighted to return to an active leadership role. We are all energized by the task ahead – to lead Coty to the best it can be. Further, in KKR, we have a world-renowned investor that will work alongside us in transforming Coty.”

Huth added: “We are excited about our future collaboration with Peter Harf and the team at Coty. The company has tremendous potential and this transaction will position the business to deliver long-term value creation. Coty and Wella alike are going to benefit significantly from the transformation journey ahead.” 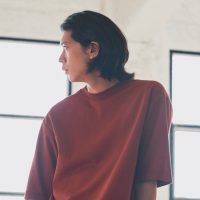 UNIQLO global flagship to reopen in Ginza Tokyo
Next Article 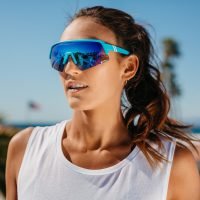