Aquascutum chief operating officer Mark Taylor is stepping down from the role after three years with the luxury clothing retailer.

Taylor will depart the business in July 2016 “to pursue another opportunity”, Aquascutum said, although it is unclear whether he has another role lined up.

The retailer’s chief executive, Andrew Chan, will take on Taylor’s responsibilities on an interim basis while Aquascutum searches for a permanent replacement.

The business, which was bought out of administration by YGM Trading for £15m in 2012, said it had already begun the hunt for Taylor’s successor.

Taylor joined Aquascutum in March 2013 from Juicy Couture, where he served as finance director.

He previously spent one-and-a-half years as managing director of Cabbages and Roses and served as Jigsaw’s group head of finance for almost 10 years.

Taylor said: “I am proud of the achievements and growth of the brand both in the domestic market and also from an international perspective. I sincerely thank the YGM board for their continued support and wish Aquascutum and its employees every success in the future.” 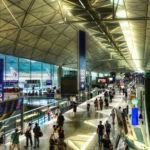 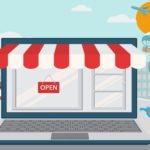 Hong Kong: How physical stores are learning from their e-rivals
Featured Articles of the Week
Contributor 2 weeks ago