J.Crew chief executive Jim Brett is exiting the company, the retailer said, and a committee of four executives will step in to manage operations until a replacement is found.

The statement said the decision had been mutual between Brett and the board of directors.

“Returning J.Crew to its iconic status required reinventing the brand to reflect the America of today with a more expansive, more inclusive fashion concept,” said Brett. “However, despite the recent brand relaunch already showing positive results, the board and I were unable to bridge our beliefs on how to continue to evolve all aspects of the company.”

Brett joined the specialty retailer in July 2017, at a time when the company was struggling with looming debt payments and declining consumer sentiment toward the brand. Over the next year and a half, he overhauled the executive team, bringing in former colleagues from West Elm — where he was CEO — and URBN — where he worked at both Anthropologie and Urban Outfitters — to revamp the brand identity and restructure the business. In 2017, the company was able to bide a bit more time to implement a turnaround, negotiating with creditors to push back the maturity of $566.5 million in debt from 2019 to 2021.

He lowered prices, launched new brands and tried to reposition J.Crew as an inclusivity-driven, one-for-all label not so tied down by its preppy heritage, especially as it had most recently been interpreted by agenda-setting designer Jenna Lyons.

In a sharply worded email sent to senior staffers in July 2018, he dismissed Lyons’ work, which turned polarising near the end of her tenure, while laying out his own priorities.

“PRETTY always sells. A glen plaid jacket with a graphic tee and camouflage pants is anything BUT pretty,” he said. “The new feminist fashion movement is enjoying the POWER of femininity (see latest Dior shows) vs. the last feminist movement which was about women finding power in dressing like men. Femininity is critical — pretty is critical — femininity is powerful. These things are in starch [sic] contrast to Jenna’s masculine, sexual and overtly aggressive J. Crew.”

While Lyons’ vision had stopped resonating with consumers, Brett’s fix was viewed by some analysts as a watering down of the product. There were too many changes at once — from the introduction of a bare-bones loyalty programme to changes in fabric suppliers to the implementation of a marketplace — all with varying impact. He also continued to discount heavily, something many of J.Crew’s competitors are trying to move away from. Talk of a decline in morale also permeated Brett’s run, with multiple corporate-level employees leaving, including one of Brett’s own hires, chief marketing officer Vanessa Holden, who recently announced her departure.

In the second quarter of 2018, the group — which also includes Madewell — reported that same-store sales rose 1 percent from a year earlier after 15 straight quarters of decline. Star performer Madewell, which drives about a fifth of sales, saw comps jump 28 percent. Total sales at the company were $588 million, up 3 percent from the same quarter in 2017. The company still experienced a net loss of $6 million, compared to a $19 million loss during the same period last year.

Whether the company has managed to keep up the momentum will be revealed imminently, as third-quarter earnings are expected to be released this month. The period was marked by J.Crew’s official September relaunch, including the rollout of its #meetmycrew marketing campaign. Just this past week, J. Crew launched another brand, Nevereven, which is also being sold at multi-brand retailers such as Fred Segal in Los Angeles.

But talk of the company giving up more of its corporate office space to Facebook and Instagram — which occupies the same building — and news of a “for rent” sign in the window its popular men’s concept shop, the Liquor Store, indicates that the J.Crew is still in cost-cutting mode.

Why you should adopt more diverse influencers?
Next Article 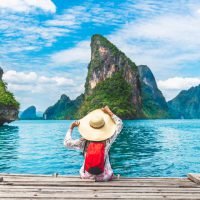