In his statement, Slosar told the airline’s staff that after a 39-year career with Swire Group he would be taking his retirement. A name strongly associated with the brand’s positive reputation, Slosar had previously served as Cathay Pacific’s CEO from 2011 to 2014, when he then took on the role of chairman.

Swire Group executive Patrick Healy will replace Slosar once the company concludes its 6 November board meeting.

The South China Morning Post reports that in a memo, Slosar said, “I am sure that everyone in the Cathay Pacific Group would agree that recent weeks have brought some of the most extraordinary and challenging times we have ever experienced. I can well appreciate that such volatility can cause concern over what the future may hold.”

The announcement came on the same day that Hong Kong chief executive Carrie Lam, formally stated her intention to withdraw an extradition bill that has sparked the city’s worst political crisis since the 1997 handover to China.

For the last three months, widespread protests have been held across the city against the bill, resulting in violent clashes with police and attention from worldwide press. Cathay Pacific was one of many brands embroiled in the issue, drawing a largely negative response from the public when it was found to have dismissed staff who voiced support for the protests.

These dismissals and the media spotlight following them are widely accepted to have directly led to the mid-August resignations of CEO Rupert Hogg and chief customer and commercial officer Paul Loo.

Accounts appeared to show that in light of staff actions, Beijing had threatened to bar any of the carrier’s flights from travelling across Chinese airspace if supporters of the protests were serving onboard.

Unverified rumours then circled that Hogg and Loo’s resignations were “fall on your sword” attempts to protect the airline’s staff members in the face of an aggressively pro-China Swire board. Augustus Tang succeeded Hogg’s role as CEO, while Ronald Lam was appointed as chief customer and commercial officer to replace Loo. 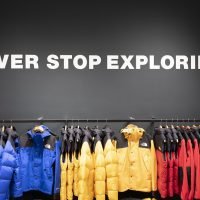 The North Face reintroduces the classic ICON collection
Next Article 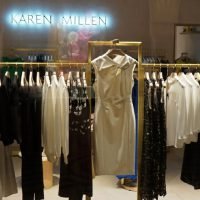 UK's Karen Millen files for bankruptcy in Australia, all stores to close