Camper has named Achilles Ion Gabriel as its new creative director for its sub-brand Camper Lab, the more millennial-focused range of products by the Spanish label.

In the new role, the Paris-based designer will oversee the Camper Lab design team, as well as brand communications and store designs.

“Achilles is one of the most talented shoe designers of our time. I have always admired his work,” added Miguel Fluxà Ortí, chief executive officer of Camper.

Born in Finland, Ion Gabriel has had prior design stints at Marni and Sunnei, and currently runs his namesake footwear brand, Ion, which he launched in 2012.

In a statement, Ion Gabriel said that he was looking forward to “the creative
design possibilities” the role has to offer, and praised Camper’s design and shoemaking
heritage.

He will present his first Camper Lab collection in January as part of the autumn/winter 2020 season.

Over its 45-year-history, Ion Gabriel is Camper’s second creative director, with Kremer being the brand’s first design head. He was appointed the role in 2014, after joining Camper in 2009.

Launched in 2015, Camper Lab is a sub-brand of Camper. Since 2016, the sub-brand has
maintained a small, yet focused retail network of physical store. Today, it has three flagships in Paris, London, and New York, and is also available globally online.

Parent and heritage footwear brand Camper was founded by Lorenzo Fluxa in 1975 in
Mallorca. Its shoes are distributed globally across 40 countries and it boasts some 400
stores. 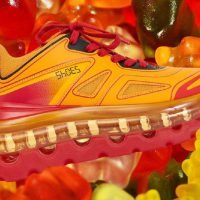 SHOES 53045 makes its first drop at b.space in Malaysia
Next Article 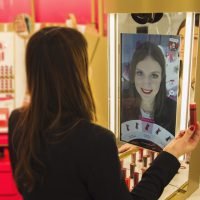 Holition: A focus on digital anthropology