As Burberry’s Christopher Bailey readies for his new roles as president, after serving as chief executive officer, the British brand is strategically bolstering its design team beneath him.

Burberry on Monday confirmed it has recruited former-Dior design director Sabrina Bonesi. Bonesi will become the house’s design director, leather goods and shoes — a new role created by Burberry — and will be responsible for men’s and women’s bags, shoes and accessories.

At Dior, Bonesi held the role of head designer for women’s leather goods. She has also worked for Prada and designed collections for brands including Bottega Veneta, Marni, Ferragamo and Tod’s.

Other creative appointments at Burberry are understood to be in the works, according to WWD.

In July, Bailey will no longer be called ‘CEO’, and will instead, take on the new title of president while remaining chief creative officer.

Marco Gobbetti, who joined Burberry in January as executive chairman, Asia-Pacific and Middle East, will take over as CEO.

“I will focus more specifically on design, the products, creativity, architecture, marketing, communication, experiences,” said Bailey, at the time of first announcing his and Gobbetti’s future roles.

“He will focus more on the operational side, finance, retail and merchandising. I see this really as two pieces working together. We will jointly lead all the strategies and people.” Zara to go online in Thailand, Vietnam and India
Next Article 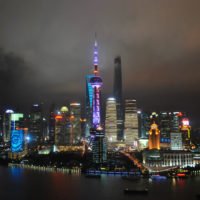