French coastguards are still searching for the chief executive of leading surfing equipment company Boardriders after his boat was found washed ashore in South-West France.

Pierre Agnès set sail on Tuesday, 30 January 2017 in the morning but did not return.

The 54-year-old Frenchman is chief executive of Boardriders – a US-based company that until recently was known as Quiksilver.

Rescuers are focusing their efforts on Hossegor, near the resort town of Biarritz, where his boat was found.

The French coastguard have been unable to determine whether Agnès was alone on the boat.

Boardriders, which is 85% controlled by US private equity firm Oaktree Capital, issued on Tuesday the following statement about Chief Executive Officer, Pierre Agnes:

“Early this morning our CEO, Pierre Agnes, did what he did many mornings and went fishing on his beloved boat to start his day.  Later in the morning his boat was recovered on the beach near his hometown and Pierre has not been heard from since.

The Boardriders family and entire surfing world are devastated by this news.  Given the situation on the ground is still evolving, our statements today will be limited.  We are concentrating on working with the local authorities on the search and rescue effort and supporting Pierre’s family.  Please keep Pierre and his family in your prayers. Thank you.”

Under Agnes’ direction, Boardriders announced in early January 2018 it would acquire Australian surf giant Billabong International Ltd in a deal that valued the company at $197.7 million.

Boardriders is an action sports and lifestyle retailer and company that produces and distributes apparel, footwear and accessories for brands such as Quiksilver, Roxy, and DC Shoes.

Products are sold in more than 110 countries in a wide range of distribution, including surf shops, skate shops, snow shops, it Boardriders shops and other company-owned retail stores, as well as specialty stores, department stores and through various online channels. 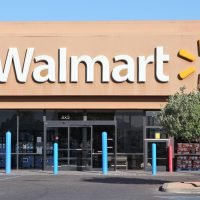 Walmart taps Rakuten for online delivery in Japan
Next Article 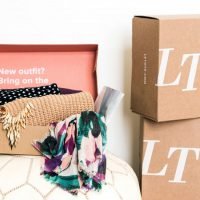