Following the departure of its former chief Massimom Piombini, who left Balmain for personal reasons, earlier in December 2019, Guével will join the company in February 2020.

He was most recently CEO of French label Zadig & Voltaire and has previously held executive positions at Celine and LVMH, as well as S.T. Dupont.

“Like everyone else in the fashion world, I have been impressed with the remarkable growth of Balmain over the past few years,” Guével said in a statement.

The new CEO will begin with a focus on expanding Balmain, under the creative direction of Olivier Rousteing. Specific goals include developing the brand’s accessories line and homing in on international growth, taking up the baton from Piombini.

Piombini was appointed CEO by Mayhoola for Investments in 2017, soon after the Qatari fund acquired Balmain, joining its other luxury brand Valentino, for an estimated €460 million in June 2016. The valuation was around four times the company’s estimated annual sales, according to reports.

Much of Balmain’s recent success falls on the style shoulders of Olivier Rousteing, whose designs and social media prowess has levered the heritage Parisian house to new luxury heights since his appointment in 2011.

“Since the day that he stepped into the role of Creative Director, Olivier Rousteing has managed to build upon the unique heritage and savoir-faire of the 75-year-old house – while, at the same time, always knowing how to best respond to the needs and desires of the new and diverse generation that he is a part of,” said Guéval.

“I am looking forward to working closely with him and the rest of the Balmain team, as we build upon that unique vision to fully realize Balmain’s outstanding potential for future growth,” continued Guéval. 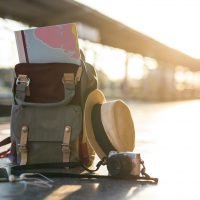 What were popular tourist destinations for Koreans in 2019?
Next Article 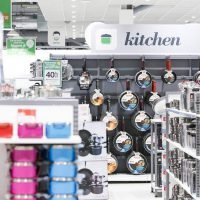