Girotto replaces Frédéric de Narp, who served as Bally’s CEO since 2013 and now assumes the role of vice chairman of the company. De Narp is credited for revitalising the Bally brand, increasing the company’s position and returning it to profitability.

Prior to joining Bally six years ago, de Narp launched his career at Cartier, before becoming president and CEO of its North America division. He went on to work as president and CEO at Harry Winston, after orchestrating the relaunch of the U.S. jewellery brand.

“Under de Narp’s leadership, the company has delivered strong financial performance with a 35% operating profit increase in 2018, matched by operational progress which has seen a visible demographic shift towards younger, more affluent customers,” said Bally, in a press release.

The company went on to underlined the favourable reception of its “fully integrated omni-channel platform, which has materially expanded the Bally footprint…”

Meanwhile, Girotto joined Bally in October 2015 and sits on the company’s board of directors and executive committee.

The new CEO has more than 20 years’ experience in fashion and retail distribution. He came to Bally from the Nuance Group, where he served as chief financial officer at the airport and duty-free retail firm.

Prior to Nuance, he worked with Italian fast-fashion retailer Conbipel and with Dutch optics company GrandVision, where he started his career in 1997. Here, he worked for the GrandOptical chain in Italy and France.

“Nicolas Girotto will continue the brand strategy implemented together with Frédéric de Narp,” stated the label.

That strategy includes Bally’s planned store openings in Beijing, at the China World shopping mall, taking place this month, and in Milan, planned for this summer. 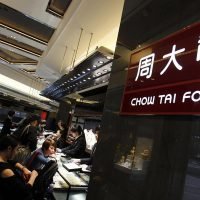 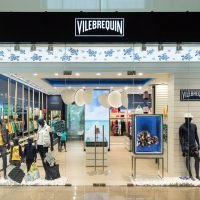