Singapore-based Global Fashion Group has announced the appointment of Gunjan Soni as CEO of its online fashion brand Zalora.

SEE ALSO : EXCLUSIVE INTERVIEW with GFG : The future of fashion retail in the emerging markets

Gunjan will join ZALORA in early 2019 from India’s largest fashion e-commerce company, Myntra, where she currently serves as Chief Marketing Officer and head of the Jabong business.

With over 13 years of leadership experience in marketing, strategy and operations, Soni replaces Parker Gundersen, who stepped down from the top post earlier this February, citing personal reasons.

Prior to joining Myntra, Gunjan was Executive Vice President for Strategy & CEO Office with Star India.

Soni has spent a large part of her career at McKinsey where she was a Partner and worked across multiple consumer sectors and geographies including UK, Singapore and Bhutan.

She is credited to have started McKinsey’s Scientific Marketing practice for India and is a recognised leader in the business ecosystem having featured in Spencer Stuart-Economic Times young leaders 40 under 40 list, Fortune India 40 under 40, Impact India – Most Influential women leaders in Media list and others.

Operating in one of the fastest growing region with a market opportunity of more than $100 billion with over 400 million consumers, ZALORA is known for their designer collaborations.

The online fashion group recently launched a collection with global designer Jason Wu and will be bringing an exclusive bag collection with Korean celebrity Jessica Jung to consumers in the region by the end of October. 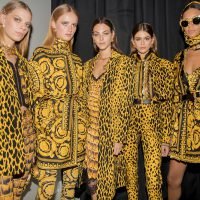 After Versace, eyes on other Italian brands
Next Article 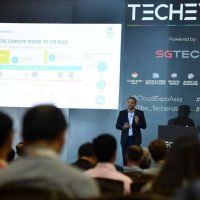