Italian luxury label Trussardi announced its creative director, Gaia Trussardi, has departed from her role after five years at the design helm.

In a note released by the family-run Trussardi, the scion and head designer has resigned “to pursue new professional challenges.” Her successor was not named.

Controlled by the Trussardi family via holding company Finos, the note extended its gratitude to the designer, thanking her contribution to the label’s international expansion and to the transformation of “the image of its collections.”

In 2016, Gaia Trussardi’s sister, Beatrice, sold 25% of her share of the company to their brother, Tomaso, who remains the brand’s CEO.

The chief executive has been bent on transforming the sluggish sales of the Italian heritage brand in recent years, terminating its Tru Trussardi line and bolstering Trussardi’s e-commerce and physical store presence globally.

In 2018, Trussardi hopes to build its retail network in China, as well as in Russia and Italy. Globally, the target is to open 60 new stores in four years, it told the Italian press.
Founded in 1911 by Dante Trussardi, Trussardi was founded in Bergamo, Italy, starting out as a factory that produced and distributed luxury gloves.

Today, it produces Made in Italy fashion and accessories collections for both men and women seasonally, showing most recently at Milan fashion week in February. 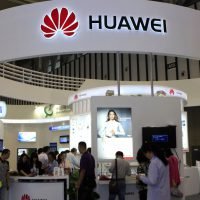 Huawei to open a retail store in Hong Kong
Next Article 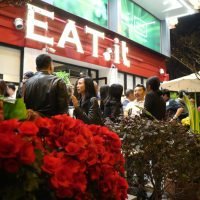 What is the RETAIL MIXER?