He is taking over the role of ‘Global Creative Director’ at Tesla after leaving ‘Special Projects’, which is where Apple’s Titan car project (and other ventures) lives, at the Cupertino company earlier this month.

Chipperfield has extensive experience in digital retail, which he led at Burberry where he worked from 2011 to 2014 before joining Apple in ‘Special Projects’ in January 2015. He will be joining several other former fashion industry employees at Tesla, including from his own former employer, Burberry.

While it looks like Tesla’s retail effort is already been fairly influenced by the fashion world – and not only through its workforce but through actually selling directly in fashion stores with its recent pilot project with Nordstrom and in upscale fashion malls – now Tesla’s digital retail effort will also be influenced by a former Burberry exec. 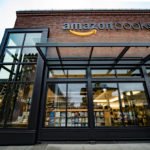 Mongolia gets its first big box E-mart this July