Salvatore Ferragamo is changing gear and entrusting the creative direction of his women’s ready-to-wear collections to Paul Andrew, who is already in charge of designing women’s footwear.

Just one year after being appointed as women’s footwear director, which marked a first for the label since the time of its eponymous founder, the young British designer has been propelled to head the entire women’s direction.

Considered one of the best talents in the industry, Paul Andrew, who has already made a name for himself through his own shoe label featuring comfortable pumps with interesting heels, was more than convincing during his first year in service for Salvatore Ferragamo.

“Paul has a dynamic vision for the Ferragamo woman, which he has demonstrated with crystal precision and success in footwear over the past year. I am confident that with this new responsibility, Paul will now be able to creatively unify all categories of the women’s business,” said the CEO of the Eraldo Poletto group, in a news statement.

The manager did not comment, however, on Fulvio Rigoni’s exit, but thanked him after just two collections. His latest collection of women’s ready-to-wear, presented in Milan during the 2017 September Fashion Week, stirred some confusion.

Paul Andrew will assume his new role with the fall-winter 2018-19 collection.

As Creative Director, he will oversee the development of all categories of women’s products, as well as the creative content of the brand’s marketing, communication and image.

His new appointment is considered by the luxury fashion house as “fundamental in the strategy of strengthening and positioning Ferragamo globally as a luxury lifestyle brand, strongly rooted in shoes and leather goods,” the company said in a news statement.

Salvatore Ferragamo’s men’s collections are headed by Guillaume Meilland, who was appointed almost a year ago. 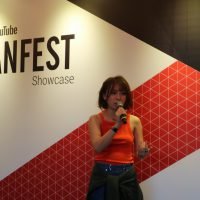