Gap‘s Old Navy brand is ready for the next chapter.

Some six months after the exit of Stefan Larsson, who had largely been credited with the label’s turnaround, Gap said Wednesday that Sonia Syngal, an executive vice president in charge of the company’s supply chain, will take over as global president.

The appointment is effective immediately.

This is not the first time Syngal, a 12-year Gap veteran, has worked under the Old Navy umbrella. She previously served as president of the brand’s international division until 2013.

Hypebeast on Pace to Smash Asia's 2016 IPO Record
Next Article 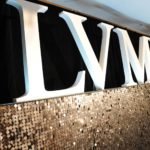