It is a new era for Neiman Marcus. The US luxury department store chain has appointed a new CEO, Geoffroy van Raemdonck, in the wake of the departure of current chief executive, Karen Katz.

Karen Katz, who is retiring after more than 30 years with Neiman Marcus, served in her capacity as CEO for seven years. She will relinquish her role next month, 12 February 2018.

Having served as President for Europe, the Middle East and Africa (EMEA) and global travel retail at Ralph Lauren, van Raemdonck joins Neiman Marcus at a tumultuous time in the company’s history.

“We are thrilled to welcome Geoffroy to Neiman Marcus, and look forward to extending the company’s positive momentum under his leadership,” said Neiman Marcus chairman David Kaplan.

“He is a global industry leader and business builder with exceptional vision and energy.”

Katz will remain on Neiman’s board of directors, and will work with van Raemdonck during the transition process.

“Geoffroy has an impressive track record of success at luxury brands, and he is the right person to lead the company through this next phase of growth,” Katz said.

Neiman Marcus, the Dallas-based group, which owns MyTheresa.com and Bergdorf Goodman, has been struggling since 2013, after Ares and Canadian public pension fund CPPIB acquired it from other private equity firms, and left it with a nearly $5 billion debt load.

The firm’s most recently financial quarterly result saw losses widen to $26.2 million from $23.5 million over the same period last year, as debt and previously accrued losses continued to weigh on the business.

However, Neiman Marcus recorded a 4.2% rise in comparable revenue in the first quarter of 2018, which it attributed to its ‘digital first’ strategy and new technology investments. 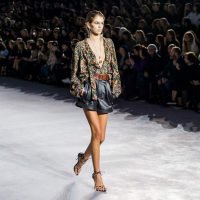 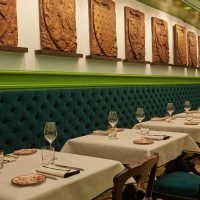 Gucci : "Food is luxury as much as fashion"