Mark Howard Thomas has ended his short stint at Helmut Lang and will reportedly be headed to Lacoste as its new men’s designer, according to market sources.

Helmut Lang officials confirmed the resignation and said that no successor has been named at this point.

Dinesh Tandon, chief executive officer of Theory and Helmut Lang, said, “We wish to thank Mark Howard Thomas for his time with the company and for his work together with Thomas Cawson, creative director of Helmut Lang Jeans, on the most recent Helmut Lang spring 2020 runway show. Thomas Cawson will continue in his role with Helmut Lang.”

Thomas joined Helmut Lang in New York as creative director for men’s wear just one year ago. He had previously worked for London-based Joseph.

When he joins Lacoste, as expected, Thomas will be reunited with Louise Trotter, who was named creative director of the French brand last October. She is the first woman to have filled that role in the history of the Paris-based Lacoste.

Thomas’ work at Joseph was well-received, as was his first collection for Helmut Lang that was shown in New York in January. He holds a master’s degree from Central Saint Martins and over the course of his career worked for Neil Barrett and Givenchy under Riccardo Tisci before joining Joseph.

He could not be reached for comment and Lacoste did not immediately respond to a request for confirmation. 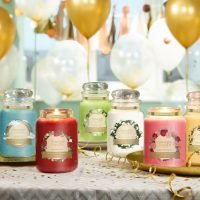 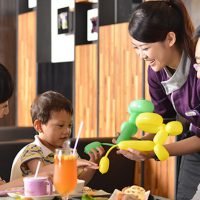