Paper Magazine’s current Editor-in-Chief has been named Global Creative Director at MAC Cosmetics, according to a report by Women’s Wear Daily (WWD).

Drew Elliott is leaving publishing for the beauty industry on October 28, taking over from Toni Lakis.

For those who do not know him already, Drew Elliott was behind Paper Magazine’s Winter 2014 cover entitled “Break the Internet,” for which Kim Kardashian posed nude.

The photographs, shot by Jean-Paul Goude, quickly gained worldwide attention, attracting millions of visitors to the magazine’s site in only a few hours.

Drew Elliott confirmed the news on his Instagram page, stating that it is “a dream come true,” and paying homage to his numerous years at Paper Magazine. 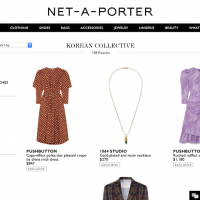