L’Oréal announces the succession of Jean-Paul Agon as CEO

L’Oréal’s Board of Directors met on 14th October 2020 under the chairmanship of Jean-Paul Agon. Following the recommendations of the Appointments and Governance Committee, the Board decided on new governance and a succession plan at the head of the group.

SEE ALSO : Yum! Brands appoints new member of its Board of Directors

As the company’s articles of association do not provide for any exception to the legal retirement age of 65 years, Jean-Paul Agon must hand over his duties as Chief Executive Officer before July 2021.

Nicolas Hieronimus joined L’Oréal 33 years ago and has spent all his career with the Group, in many countries and divisions. He has been Deputy CEO in charge of Divisions since 2017.

Sophie Bellon, Chairwoman of the Appointments and Governance Committee and independent Director commented, “Our Committee has been working for more than eighteen months on the future governance of L’Oréal and the succession plan of Jean-Paul Agon as CEO, in an approach that we wanted to be forwardlooking, objective and demanding. After studying the Group’s major challenges for the coming years, the Committee selected several candidates, both men and women, with the skills and personal qualities to meet these challenges successfully. The Committee then interviewed them. Nicolas Hieronimus emerged as the most legitimate candidate to succeed Jean-Paul Agon as Chief Executive Officer. His appointment was therefore recommended to the Board, with the full agreement of Jean-Paul Agon.”

The Board of Directors is delighted to be able to count on Jean-Paul Agon as Chairman and is keen to pay tribute to him when the time comes. The Board would like to thank him warmly for his 15 years as the Group’s CEO. Jean-Paul Agon imagined the future of beauty and fundamentally transformed the company to adapt it to the challenges of its time, while remaining faithful to L’Oréal’s core fundamentals.

The Board of Directors is convinced that the proposed organisation will guarantee the sustainability of the performance, values and commitments of the Group, as well as the quality of its governance. The Board of Directors and Nicolas Hieronimus will benefit from Jean-Paul Agon’s successful and recognised experience in both positions. The Board of Directors will be able to count on his expertise in matters of governance to meet the growing expectations of the Group’s stakeholders. Nicolas Hieronimus will be able to count on the advice of Jean-Paul Agon, in the framework of rich exchanges based on the relationship of trust established between them over many years.

Furthermore, in his exchanges with the Appointments and Governance Committee, Jean-Paul Agon, with the agreement of the Board of Directors and the full support of Nicolas Hieronimus, wished to maintain the role of Deputy CEO, a position held by Nicolas Hieronimus at his side since 2017. Barbara Lavernos, who will lead Research, Innovation, Technology from February 2021, will be appointed Deputy CEO on 1st May, 2021. 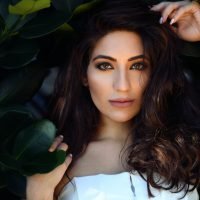