Luxury fashion house Lanvin announced the appointment of Bruno Sialelli to the role of creative director.

A relative unknown in the fashion world, Sialelli has worked for other luxury companies including most recently, Loewe, where he was head of menswear, under the guidance of the Spanish company’s creative director, Jonathan Anderson.

Chinese conglomerate Fosun, who acquired Lanvin in 2018, said that the 31-year-old Frenchmen was hired to take the company in a “pivotal new direction,” a crucial call for the world’s oldest couture house.

“We’re thrilled to welcome Bruno as the new creative director of Lanvin,” commented Hecquet. “His singular and very personal vision, his audacity, his culture, his energy and ability to build a strong creative team definitely convinced us. I can’t wait to discover Bruno’s first collections which will fully bring back to life this beautiful and unique fashion house, and once again inspire a passion among our customers.”

In what has been a rollercoaster of a ride for the high-end French brand, Sialelli will take the top design spot as the fourth creative director to work at Lanvin in just four years.

In 2015, Lanvin announced the shock departure of the label’s acclaimed designer Alber Elbaz, who was let go after disagreements with its previous owner, Taiwanese media magnate Shaw-Lan Wang. Elbaz had worked as Lanvin’s creative director for 14 years prior.

Since then, it has been a tough slog for the 130-year-old company, which at its peak in 2012, was reportedly made 235 million euros, but sales have been steadily dropping ever since.

In 2016, Lanvin reported a massive 18.3 million euro loss, after ten years of profitability.

Before coming to Lanvin, Sialelli has also held design roles at brands like Paco Rabanne and Balenciaga. He is a fashion graduate of Studio Berçot in Paris. 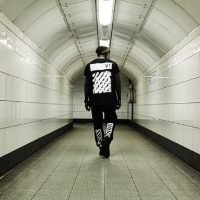 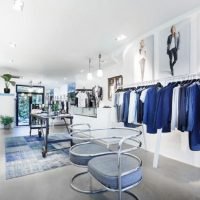