US accessories and apparel brand Kate Spade has appointed Nicola Glass to the role of creative director. She will succeed Deborah Lloyd, who is stepping down as president and chief creative officer.

Glass is expected to join the company in January, and in the new year, will report to the brand president and CEO of Kate Spade, a role held by Tapestry’s CEO, Victor Luis, on an interim basis.

Joining Michael Kors in 2004, Glass currently works for the handbag brand as senior vice president of accessories design. In this role, she oversees all design and development of Michael Kors Collection and Michael Michael Kors, and is in charge of all accessory, hardware and technical design.

Before this, Glass worked at Gucci as an accessories designer. She holds a Masters of Arts in Fashion Accessories from the Royal College of Art in London.

“The appointment of Nicola Glass marks an important milestone in the next chapter of the Kate Spade brand,” said Luis. “There are very few creative executives like her, who have both the talent to lead creative teams and the appreciation and understanding of how to scale a growing handbag and accessories-driven business.”

Luis added: “We are extremely pleased that she will be leading the strong creative team already in place, while bringing her unique aesthetic and personal style to Kate Spade.

Nicola fully understands the feminine, fun and fashionable style of Kate Spade and is excited to bring its distinctive style to global audiences. Her depth and breadth of experience will be an invaluable asset to the business in general — and especially the design and brand teams — as we grow and develop the business globally.”

Lloyd’s departure follows on the heels of Craig Leavitt, chief executive officer, who left the company in August. A search is still under way for Leavitt’s successor.

Formerly Coach Inc., both departures come in close proximity to Tapestry Inc.’s acquisition of Kate Spade in May 2017.

In October 2017, Tapestry reported a first-quarter profit that beat estimates on lower-than-expected costs and a smaller tax bill

The New York-based company said it now expects to achieve synergies of about $100 million to $115 million in fiscal 2019, compared with its previous forecast of $50 million. 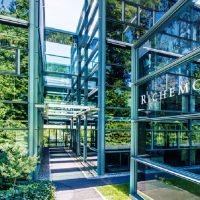 Richemont appoints COO and head of watchmaker role
Next Article 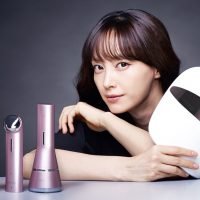