Kanebo Cosmetics announced that Masumi Natsusaka, the company’s President, is scheduled to leave his post at the end of the year.

Natsusaka has served in the role of the president of Kanebo since 2012, and is credited for orchestrating the brand’s recall of 50 products due to white splotches reported on the skin of customers, caused by Rhododenol. Following this, Natsusaka also made improvements to the company’s customer response bureau.

Natsusaka joined Kao Corp. in 1986, the owner of Kanebo since 2006, and previously served as president of its global skincare business. He is a graduate of Tokyto’s Rikkyo University.

Kanebo has been strengthening its global reach and product portfolio in recent seasons. In 2016, the Japanese brand launched a namesake luxury skincare line and high-end cosmetic collection in its domestic market.

More recently, Kanebo brought the same line to the European market in September 2017. In addition to the new brand, it also revealed its prestige line Sensai in Europe, the Middle East and South Africa.

Looking ahead, Kanebo Cosmetics aims to bring its new line of skincare products to China in 2020. Kanebo hopes its namesake brand will become a pillar of global operations and is aiming for 30 billion yen ($264 million) in annual sales by 2020.

In China, the brand already offers midrange products under its Kate, freeplus and other brands, priced at around 1,000 yen to 3,500 yen per item. Kanebo-branded products will be priced higher than those brands, and sales are said to begin in major cities such as Shanghai before being expanded across the country. 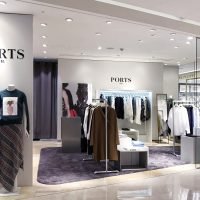 Ports 1961 expands in Korea
Next Article 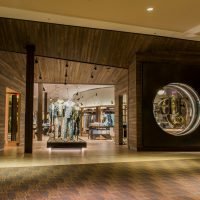