Jason Wu is stepping down from his role as artistic director of Boss women’s. His Autumn/Winter 2018 show, presented during New York Fashion Week, is the designer’s final collection for the German fashion house.

“The five years at Hugo Boss have been a very exciting time for me. I am especially grateful to the entire Boss womenswear team. Now the time has come for me to concentrate fully on my own label,” Wu said in a statement.

“I would like to thank Jason for his incredible creative input and inspiration. I feel certain that he will approach all his future projects with the same compelling passion and zest that he brought to Hugo Boss,” added chief brand officer Ingo Wilts.

Wu, an editorial favourite, as well as a go-to for celebrities and former First Lady, Michelle Obama, gained fans with his namesake line’s merging of classic American sportswear with sophisticated society dressing. In September 2014, Wu sold a majority stake to investment firm InterLuxe.

Since joining Hugo Boss as artistic director in June 2013 — when he assumed responsibility for all product and image-related components of the brand’s women’s line — Wu has been credited for injecting a new, approachable, ease to the women’s line of the storied house, while remaining in tune with the brand’s roots in German austerity.

Wu’s departure follows 18 months of strategic changes at Hugo Boss, which has struggled with unclear positioning between premium and luxury. In November, 2016 — six months into Mark Langer’s appointment as chief executive — the German fashion house shifted its priorities away from its womenswear business. The brand announced its plans to eliminate two brands (Boss Orange and Boss Green) within its portfolio, while narrowing its focus to casualwear and business clothes. Meanwhile, it slowed expansion of its store network and put more resources towards its online operations.

The refocusing on men’s is slowly paying off, despite a trend of men moving away from formal wear. In its most recent fourth-quarter earnings, posted last month, Hugo Boss reported a 5 percent increase in currency-adjusted sales to €735 million ($902 million) compared to the year prior.

This increase was driven by a rebound in direct-to-consumer sales (online sales were up by 42 percent), as well as a recovery in the US. Hugo Boss will report its full-year results on 8 March 2018. 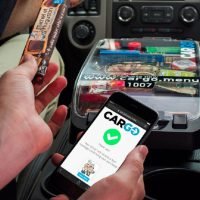 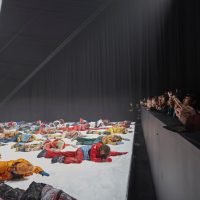