Italy’s Pinko has a new CEO, according to FashionNetwork.com. The women’s luxury fashion brand, owned by Italian group Cris Conf, revealed its name.

Founded by husband and wife duo Cristina Rubini and Pietro Negra, the latter who has served as Pinko president since its inception in the 1980s, Bonelli’s appointment also marks the contemporary fashion brand’s first-ever external CEO. According to reports,
other appointments in key positions will be announced soon.

Joining Pinko in June this year, Bonelli will work alongside Negra to expand the label’s presence worldwide. Primary geographic markets include Europe, Asia, and the U.S.
Bonelli has several years experience in leading management consultancy and auditing firms, specialising in the fashion, luxury, and retail sector.

He has worked at Bain & Co. and the Boston Consulting Group, where he co-directed the fashion and luxury division in Milan, before joining EY Parthenon’s Corporate Finance Strategy division, as a partner.

He has also worked as an advisor to the Italian Ministry for Economic Development, consulting on the Italian fashion industry and its reorganisation. He has a master’s degree in physics from Milan State University.

Bonelli’s appointment comes as the Italian label rejigs its strategy, to boost revenues. In 2018, Pinko revenues reached 210 million euros, with an EBITDA of 40 million euros.

Today, Pinko is present across the globe via more than 200 single-brand stores, of which 46 are in Italy. In Asia, Pinko boasts more than 60 stores, with 30 of these in China.

SEE ALSO : Pinko lands in the heart of Kuala Lumpur

Over the years, the company has collaborated with several supermodels and celebrities including Naomi Campbell, Alessandra Ambrosio, Eva Herzigova, Maria h Carey and many others. 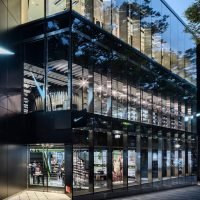 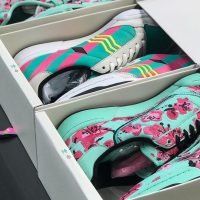