Is Furla’s CEO heading to Ferragamo?

Furla’s Eraldo Poletto will be stepping down from his role as CEO of the luxury Italian brand.

According to a press release issued by Furla, Poletto will be exiting the brand to pursue “new professional objectives.” Poletto will maintain his role as CEO until June 2016.

“Furla thanks Mr. Poletto for the important contribution he has made to the Company and wishes him all the best for his personal and professional future endeavors,” read the release.

Furla has seen meteoric success over the past couple years. The Italian brand, known for its finely made leather goods and accessories, had seen tremendous growth over the past couple of years. For 2015, Furla reported a record financial year with its net profit up 41 percent from 2014 and sales up 30 percent at €339 million (around $380 million).

Sources, including Footwear News and Luxury Daily, are speculating that Eraldo will assume a new role at Salvatore Ferragamo SpA, although the news has yet to be confirmed. 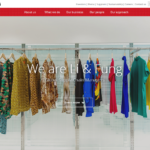 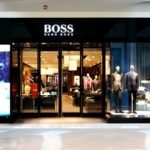