Inditex executive chairman Pablo Isla has announced the nomination of Carlos Crespo as the Spanish group’s chief executive officer. Inditex’s board of directors will vote on the nomination in July.

Currently serving as Inditex’s chief operating officer, Crespo’s “track record within the group and his responsibilities as COO made this promotion the natural next step,” said the Zara parent company’s chairman in a statement last week.

In addition, he will work together with Isla to define the overall business strategy, it added.

In his current role as COO, Crespo has been crucial in transitioning the group’s stores to being fully digital and integrated with its online platforms.

Under Crespo’s leadership, the group’s RFID system, already operational at Zara, Massimo Dutti and Uterqüe, will be rolled out across all brands in the next year. Meanwhile, by 2020, the group’s eco-efficient store programme, which already covers 86% of the store estate, will be completely rolled out.

“I am very excited to play a role at this important time for the company in which digital transformation and sustainability in all its manifestations represent exciting challenges where innovation, entrepreneurial spirit and teamwork are prerequisites,” said Crespo.

“Fortunately these are the hallmarks of our corporate culture”.

The forty-eight-year-old Crespo began his career in auditing, joining Inditex in 2001 as the head of accounting policies in the finance department.

After moving on to head up the administrative management of inventories at the group’s logistics platforms, he assumed responsibility as internal audit director in 2005, a position he held for 13 years. In 2018, he was named COO, a position he will continue to hold until his appointment as CEO becomes definitive in July.

For the year ending January 31, Inditex sales rose above €26 billion for the first time ever with a 3% increase (or 7% currency-neutral) driving revenue to €26.14 billion. 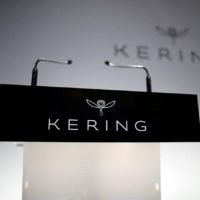 Kering taps into logistics
Next Article 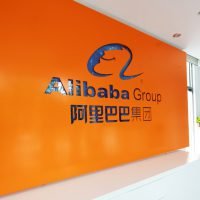